Former football coach Hutchison, who was nicknamed the ‘Beast of Bensham’, was locked up in 2015 for sex offences against teenage boys

Paedophile Kane Hutchison has been jailed again for breaching his foreign travel rules after changing his name.

Former football coach Hutchison was nicknamed the ‘Beast of Bensham’ after he was jailed for four years in 2015 for targeting two teenage boys over the internet and inciting them into sexual activity online.

And now the sex predator has been convicted of failing to comply with foreign travel notification requirements imposed following his conviction.

The court heard how the requirements had been imposed following his 2015 conviction of two counts of inciting a child to engage in sexual activity. 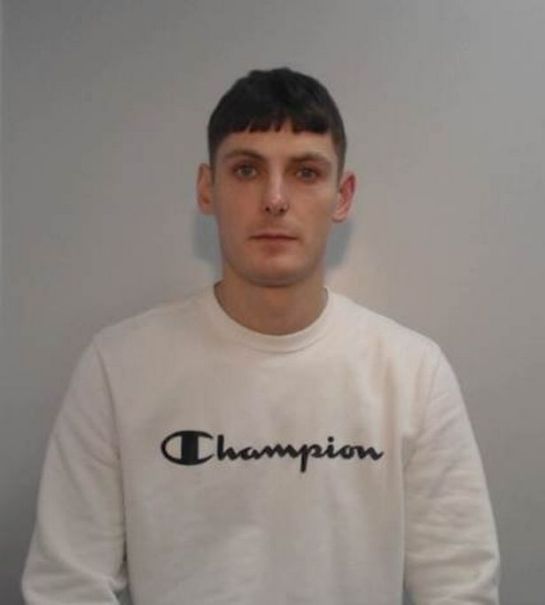 The Chronicle reported at the time how Hutchison, who is originally from Gateshead, exploited his young victims’ interest in football to target them.

A former family friend told how he would falsely claim to be associated with the Newcastle Gremlins hooligan firm to either impress or intimidate vulnerable young people.

And the coach would also brag of links with agents and offer youngsters the hope of a soccer career to lure them under his control.

When he was convicted of the 2015 offences he was already behind bars having been jailed for three years for sexually assaulting a 13-year-old boy after offering to take him to watch a football match.

Greater Manchester Police say Hutchison, who was known to them as Maxwell, was charged with four counts of failing to comply with the notification requirements, which inform officers of any foreign travel, between September and December last year.

He was arrested in Salford in January.

The 32-year-old, now of HMP Forest Bank, was also sentenced for breach of a suspended sentence order which was investigated by West Yorkshire Police.

He was jailed for one year and four months.

In a statement, Greater Manchester Police said: “Mason Maxwell, of HMP Forest Bank, was jailed at Manchester Crown Court after being found guilty of failing to comply with notification requirements. Maxwell was sentenced to one year and four months imprisonment.

“The offences relate to incidents on September 3, September 24, November 4 and December 1, where Maxwell failed to register his intended foreign travel seven days ahead of departing the UK.

“Maxwell is required to notify intended foreign travel as part of conditions following his conviction of two counts of inciting a child to engage in sexual activity on in March 2015.

“He was also sentenced for breach of a suspended sentence order which was investigated by West Yorkshire Police.”