The son of a House of Lords clerk was a neo-Nazi Satanist who encouraged terrorism, a court has heard.

Prosecutors said Harry Vaughan, 18, had an “extreme right-wing and racist mindset”, and “an interest in explosives, firearms and violence”.

An Old Bailey sentencing hearing was told he had also downloaded indecent videos of children.

Prosecutor Dan Pawson-Pounds told the court Vaughan, who had been a pupil at Tiffin Grammar School in Kingston upon Thames, held a “hybrid” ideology “of left-hand path Satanism” and “accelerationism” – a belief that an inevitable collapse of civilisation should be brought about through acts of terrorism and criminality. 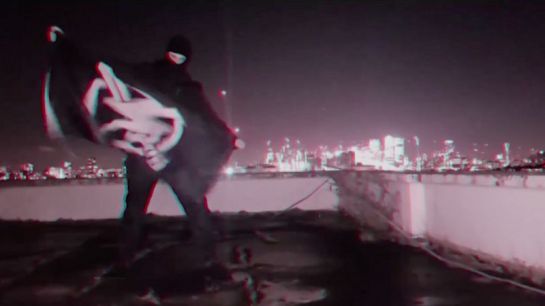 “Both these doctrines are at the most extreme fringe of Satanism and neo-Nazism,” he said.

The court heard Vaughan, a “focused and able” pupil who achieved A* in his A-Levels, was arrested in his bedroom in June 2019.

It was the result of an investigation into Fascist Forge – an online neo-Nazi forum where terrorism and sexual violence were openly encouraged.

He posted the pictures in a chat thread containing responses from two users – a 16-year-old boy from Durham and a younger teenager from Connecticut – who would later be involved in a terrorist attack plot.

The court heard he had earlier applied to join another British group – System Resistance Network – since outlawed as an alias of the neo-Nazi terror group National Action.

‘Have you got the others?’

His application had vowed he would do anything if he “thought it essential to the cause” and was accompanied by a poster saying: “Muslims Beware – Generation of Revenge – Islam Free Zone”.

Notes and search terms found on Vaughan’s devices included “where to cut to get most blood” and “annihilate females”.

Officers found a list of 129 internet accounts, usernames and passwords on a memory stick in his bedroom, and a large volume of extremist material totalling about 4,200 images and 302 media files.

Upon his arrest last summer, Vaughan asked detectives: “Have you got the others?”

But he refused to answer questions during police interviews and it is still unclear how he first became radicalised.

Police were unable to recover information relating to many of his earlier online activities due to Vaughan resetting his computer.

One document he created in 2018 included an address for an online alias – LionAW – associated with the American militant organisation Atomwaffen Division.

In mitigation, Naeem Mian QC said the defendant “intimates he was groomed” and “knows what he did was wrong”.

He said an expert report suggested that Vaughan was on the “autistic spectrum”.

Vaughan admitted 12 counts of possessing documents useful to a terrorist, one count of encouraging terrorism, and one of disseminating terrorist publications.

The indecent images offences relate to two videos of young boys being raped.

Vaughan will be sentenced on 23 October.