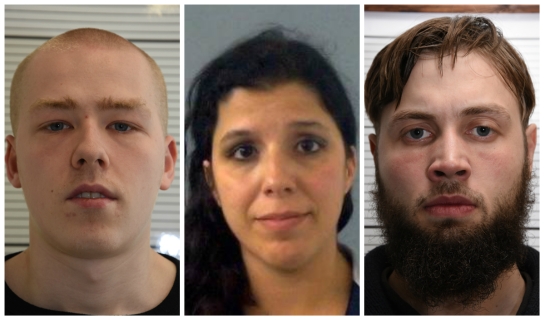 Six people have been convicted of being members of the banned extreme right wing neo-Nazi group National Action.

The organisation was formed in 2013 and proscribed as a banned group by the government in 2016.

A jury at Birmingham Crown Court found two men and a woman guilty today after three other men had admitted membership of the group before the trial.

They will be sentenced in due course.

All six were arrested on 3 January and charged on 8 January with being concerned in the commission, preparation and instigation of acts of terrorism under Section 41 of the Terrorism Act 2000; namely on suspicion of being a member of a proscribed organisation (National Action) contrary to sec 11 of the Terrorism Act.

Thomas was also found guilty of possessing information of a kind likely to be useful to a person committing or preparing an act of terrorism contrary to s.58 of Terrorism Act 2000 (possessing bomb making instructions).

Bogunvic was found guilty of inciting racial hatred under Sec 18 (1) of the Public Order Act 1986 after National Action branded stickers were found displayed in the grounds of the Aston University complex in July 2016.

Joel Wilmore also pleaded guilty to possessing information of a kind likely to be useful to a person committing or preparing an act of terrorism contrary to s.58 of Terrorism Act 2000 (possessing bomb making instructions).

The court heard how the group used several methods to disguise their contact with each other such as using pseudonyms through closed, encrypted messaging platforms as well as regularly meeting in person to spread their ideology.

Talking about today’s verdict, head of West Midlands Counter Terrorism Unit (WMCTU) Detective Chief Superintendent Matt Ward, said: “This result is a culmination of two years of painstaking work in the West Midlands and across the country to recognise and understand the threat of National Action.

“These individuals were not simply racist fantasists; we now know they were a dangerous, well-structured organisation. Their aim was to spread neo-Nazi ideology by provoking a race war in the UK and they had spent years acquiring the skills to carry this out. They had researched how to make explosives. They had gathered weapons. They had a clear structure to radicalise others. Unchecked they would have inspired violence and spread hatred and fear across the West Midlands.

“Today’s convictions have dealt a significant blow to National Action. We have dismantled their Midlands Chapter but that doesn’t mean the threat they pose will go away.

“Others on the periphery will take on leadership roles and so I ask for the public’s vigilance − if you see this group’s posters or stickers please report them to police − where there are new cells, we will intercept and prosecute them.”

Two men were convicted and sentenced earlier this year also for membership of National Action − Mikko Vehvilainen and Alex Deakin − however due to legal reasons restrictions were placed on reporting. 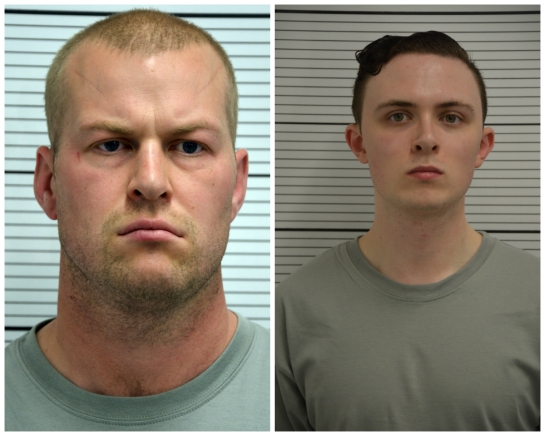 Vehvilainen − a 34-year-old lance corporal in the army − was jailed for eight years in April. Born in Finland, Vehvilainen was arrested by officers from West Midlands Counter Terrorism Unit (WMCTU) at his army base in Brecon, Powys in September 2017.

At an earlier hearing, Vehvilainen admitted a separate offence of being in possession of pepper spray.

Det Ch Supt Ward said: “Vehvilainen’s role typified the progress that National Action wanted; he was a non-commissioned officer in the British Army with access to young men who could be radicalised and recruited into the group. He was an incredibly dangerous individual and a key part of the National Action strategy.”

Alex Deakin (24) was also jailed for eight years for being a member of National Action, distributing extremist publications and two charges of possessing documents likely to be useful to a person preparing to commit an act of terrorism and distribution of a terrorist publication.

Matt Ward continued: “Deakin had a long history with the far right movement, he held the mantle of regional coordinator to help facilitate online communications in the group. He turned it into a well organised cell in the midlands and as a result he’s serving a long sentence.

“We have seen many convictions over the past few years in connection with Syria-related terrorism and this work continues apace. But extreme groups such as National Action also have the potential to threaten public safety and security.

“We work tirelessly to counter terrorism. Our absolute priority is to ensure the safety and security of the people who live, work and visit the West Midlands area.

“If anyone has any suspicions over an individual’s behaviour and suspects them to be involved in this type of activity, I would urge you to report it to police as soon as possible. You can report suspicions online via ACT campaign’s website or call police confidentially on 0800 789 321. In an emergency dial 999.

“Suspicious activity is anything that seems out of place, unusual or just doesn’t seem to fit in with day-to-day life – Let us decide if it is important.”