A prisoner apologised after making loud banging noises from his cell under Blackpool Magistrates’ Court which could be heard in the courtrooms.

He was sentenced to a six months community order with up to 15 days rehabilitation to be supervised by the probation service, banned from entering Marks and Spencer, Church Street, for six months and ordered to pay £35 compensation with £85 costs plus £85 victims’ surcharge by District Judge Jane Goodwin sitting at Blackpool Magistrates’ Court.

Prosecutor, Andrew Robinson, said Gilroy took a woman’s jacket worth £35 from Marks and Spencer on September 16 at 10.15am.

He was chased but got away.

At midday security officers spotted him and when he was apprehended Gilroy was found to have five jackets valued at £175 from Marks and Spencer which he had stolen just minutes earlier.

Gilroy at the time of the thefts was on licence from prison.

He had a criminal record of 99 previous offences.

Brett Chappell, defending, said his client had stolen from Marks and Spencer because his benefits had not yet been in place and he had been using Spice. 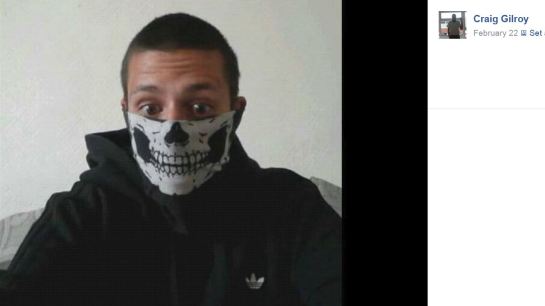