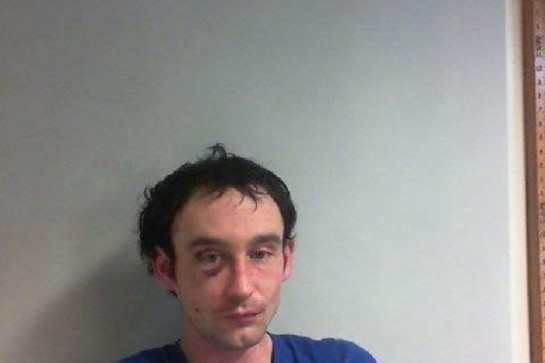 John Blake has been jailed for six years and four months.

A thug who tasered a man in the neck after bursting into a block of flats in Scarborough has been jailed for more than six years.

John Henry Blake, 30, rushed into the building armed with a stun gun disguised as a torch and fired at the 28-year-old victim.

Prosecutor David Hall said Blake entered the property with two females, including his teenage niece Ellie-Mae Blake. They banged on the victim’s door.

The victim opened the door “in a cautious way, with his shoulder against it”, said the barrister.

“Ellie-Mae Blake and the other female pushed past him and ran into the hallway, followed by the defendant,” he added.

“He (John Blake) is seen to push an instrument into the neck of (the victim), who recoils against the corner of the door frame and rushes outside the building.

“Just behind (the victim) was a second male. Blake points the implement at this second male in the doorway. The male cowers away fearfully.”

Blake and the two females then rushed upstairs where they tried to force their way into a flat on the second floor, “but the occupants refused to respond”, said Mr Hall.

“Blake is holding the stun gun,” he added. “Ellie-Mae Blake is kicking at the door. The occupants are refusing to come out and this group then leaves.”

Police were called to the building in Victoria Court, off Albemarle Back Road, just after the incident at about 10.50pm on February 6 last year.

The victim told them he had been tasered in the neck but was too fearful to make a complaint. He suffered a “significant red mark” to his neck.

Mr Hall said the attack appeared to stem from a “dispute” between the attackers and a male who lived at the block of flats.

Police arrested Blake at his home in Scarborough but he refused to reveal the whereabouts of the weapon, which was at the home of Blake’s pal Lewis Hardy.

The court heard that Hardy, 19, had been guarding the weapon for Blake but had taken no part in the attack. The torch-shaped stun gun was stamped with the word ‘Police’.

Mr Hall said that Blake, of The Croft, Newby, had dozens of previous convictions for burglaries, theft, criminal damage, violence, fraud and drink-related public disorder. He also had a conviction for a previous firearms offence in 2005, when he was caught in possession of a loaded air rifle and ammunition.

He appeared for sentence for the stun-gun incident on Friday after belatedly pleading guilty to possessing a disguised firearm, assault occasioning actual bodily harm and failing to answer bail by skipping an earlier court hearing, which resulted in him being remanded in custody in October.

His lawyer David Camidge claimed it was not Blake who had originally been in possession of the gun and that his niece Ellie-Mae Blake, 19, had asked for it back “because she was fearful that she wouldn’t be able to get it back to where it had come from”.

Judge Paul Batty QC said John Blake had been the “leading light” in the terrifying incident and slammed him for his shocking criminal record.

He told the defendant: “You Tasered in the neck this young man who refused to make a statement. It doesn’t take a degree of imagination to understand why that is.”

Blake was jailed for six years and four months.

Hardy, of Seamer Road, Scarborough, was given an 18-month suspended prison term for a similar offence. A third male was given the minimum five-year jail sentence for firearms possession.