Brendan Rycroft was caught with drugs after officers searched his home.

A man was caught hiding cannabis and cocaine in his kitchen cupboard after police came to search his house for drugs.

Brendan Rycroft was found in possession of the drugs after officers turned up at his home on St Francis Hall, Wilmslow.

He admitted that he was addicted to cannabis after they found a stash of the drug in his kitchen cupboard, as well as a bag of cocaine, magistrates were told.

The 35-year-old admitted possession of cocaine and cannabis at a hearing at Macclesfield Magistrates’ Court on Thursday (March 12).

“A quantity of cannabis was found in a kitchen cupboard and a snap bag was found containing some white powder.

“Tests later revealed that it was cocaine.

“When asked he said that he bought the cocaine for £50 just for personal use.

“He told officers that he has a serious cannabis addiction and has used it for about 18 years, since he was 16.

“He said he suffers from anxiety and depression and a number of issues and that he no longer goes to doctors as when he does they make him seek counselling. Instead he self medicates using cannabis.

“He said that he is not a drug dealer he just smokes a hell of a lot of weed.”

Ruth Oakes, defending Rycroft, told magistrates that he had only been caught with a small amount of cocaine.

She said: “What the police found after searching the property was actually just dust in a small snap bag.

“He admitted that he is a heavy user of cannabis. He suffers from anxiety and depression and he self medicates with cannabis which he finds eases the symptoms. His last conviction was in March 2011 which was for an offence he committed in March 2010. It is about five years since he was last in court.”

Rycroft was fined £110 by the bench for the possession of cocaine offence, and £70 for possessing the cannabis.

He was also told that he must pay £85 costs to the court. 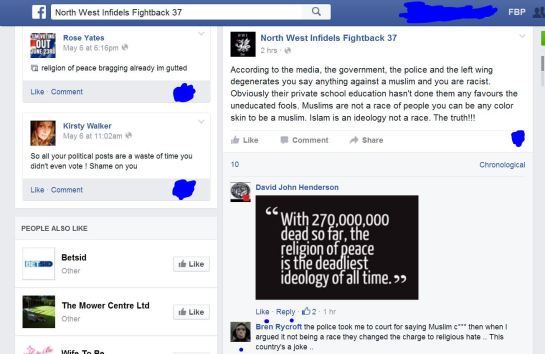