A ‘horrific’ South Yorkshire paedophile who raped two vulnerable young children after buying them sweets has been jailed for 20 years.

James Andrew Swindlehurst, 43, of Rockingham Street, Honeywell, Barnsley was sentenced at Leeds Crown Court after being found guilty of 13 non-recent counts of rape and indecent assault of a child.

Swindlehurst denied the offences against two victims that spanned a five-year period during the 1990s and 2000s.

He was found guilty by a jury following a trial at Sheffield Crown Court in October.

Detective Constable Elinor Duke, leading the investigation, said: “This man took advantage of the fact that the children were vulnerable.

“He gained their trust by building a friendship with them and making them feel ‘needed’.

“He would buy them sweets and take them out before carrying out a prolonged period of sexual abuse, telling them that there was no point telling anyone as nobody would believe them.”

The victims made a disclosure to police in April 2014 and Swindlehurst was arrested and a full investigation was carried out.

DC Duke added: “The bravery that the victims have shown in coming forward is exceptional.

“They did it with the motivation to prevent Swindlehurst hurting any other children.

“It is testament to the courage of the victims that he is now facing 20 years behind bars and I hope today’s sentencing sends a message that we will take action and catch those responsible for such horrific acts.” 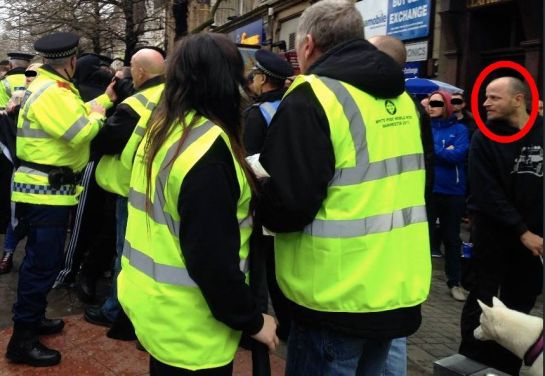 Thanks to EDL News for the photos and screengrabs