Three men have been sentenced after starting a brawl in a branch of Tesco’s.

Connor McIntosh, 21, Daniel Gray, 25, and Lee Forster, 25, were all charged with affray after an altercation with two employees at Tesco’s on Newcastle Road in Sunderland.

Newcastle Crown Court heard that the three men had been shopping at the supermarket on October 25 last year with McIntosh being asked to leave the store after being aggressive towards staff and causing trouble.

CCTV footage showed the men leaving the store and heading into the car park.

Mr Alec Burns prosecuting said that McIntosh – who has previous convictions for battery and criminal damage – then approached two employees of Tesco’s who were on their break and became aggressive towards them.

He threatened to slash them and continued to point and wave his arms around aggressively.

The CCTV footage shows McIntosh edging closer to one of the men before a fight breaks out.

Mcintosh is then seen throwing punches before Gray and Forster join in.

Mr Burns said: “Thankfully there were no lasting injuries and everyone got into Murray’s car and fled.

“The car was driven dangerously and was pursued by police before crashing into a school fence.”

McIntosh, of Barwick Street, Durham and Gray, of Northlands, Durham made no reply when interviewed by police and Forster, of Station View, Chester-Le-Street said he had joined in on the fight to protect his friends.

All three pleaded guilty to affray at a previous hearing.

The court heard that five months later on March 6 this year, Gray was intoxicated outside the Bridge Pub in Chester-Le-Street while still on bail for the affray.

Mr Burns said: “He was drinking a bottle of cider and was clearly drunk when an altercation between his brother began.

“The two began fighting in the street and at some point Gray pulled out an unloaded BB gun.

“His brother knew it was an imitation firearm but the defendant began pointing the gun at passing traffic.”

Concerned members of the public phoned the police and Gray was arrested.

He was initially compliant but once in the police car started telling the arresting officers that he would kill them and that they had “entered a very dark world” and threatened to “blow their heads off.”

Anthony Davis, defending Gray said that he bought the gun for £35 and was initially going to be used for shooting birds in the woods.

He said that he also accepts that the members of the public would have been very concerned seeing the weapon.

Gray pleaded guilty to possession of an imitation firearm at a previous hearing and was sentenced to 22 months in prison for both offences.

McIntosh, who was said to have given up taking drugs and was in employment was sentenced to six months in prison, suspended for 18 months as well as being ordered to carry out 120 hours unpaid work.

Lee Forster, who was said to have the better record of the men was sentenced to six months in prison, suspended for 12 months as well as supervision for 12 months and ordered to carry out 100 hours unpaid work. 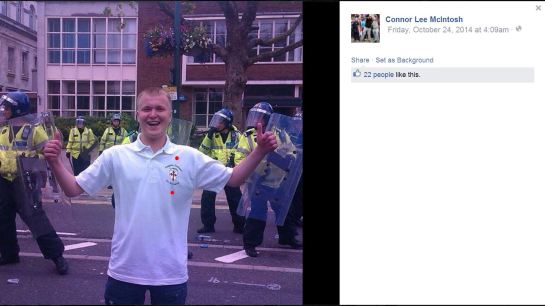 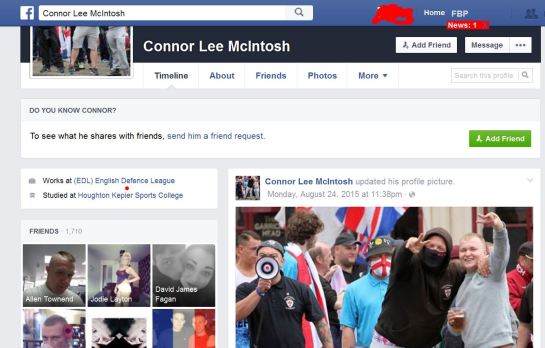