To the outside world, Hutchison was a respected young coach who played amateur football to a decent standard and enjoyed teaching youngsters.

But he harboured a dark secret – a sexual attraction to teenage boys – which can today be revealed for the first time after reporting restrictions were lifted.

Hutchison was jailed for three years last August for sexually assaulting a 13-year-old boy after offering to take him to watch a football match.

Now he has been found guilty of inciting two teenage boys to engage in sexual activity on the internet, abusing his position for his own gratification.

The court case last year heard the 25-year-old had been banned from coaching youngsters by the Football Association and had to curtail a training stint in the USA in 2011 after further allegations were made.

During that case, prosecutor Vince Ward said: “He has coached in the USA.

“There have been complaints made by other children which have not resulted in criminal proceedings or conviction, which have led to the FA banning him from coaching activities.

“That resulted in him having to curtail training in America.”

Mr Ward said Hutchison had played for a local amateur team and had coached youngsters there.

He said: “He played for a local team to a reasonable standard in local leagues and has coached children from that club as well.

“He has offered children private coaching sessions at his home address.”

The sexual assaults happened in April last year when he invited a youngster to attend an away match between Gateshead and Macclesfield.

Hutchison, who was banned from going to football matches after taking part in a pitch invasion in 2011, invited the boy to stay over at his home, saying they needed an early start.

He told the boy they would have to share a bed and soon announced it was bed time. Within minutes he began molesting the terrified youngster in the bed, the court heard.

The boy later reported to his mother what had happened and Hutchison was arrested within hours when police found him hiding in the loft.

Hutchison denied two counts of sexual assault but was found guilty after a trial. As well as the three years prison sentence he was told to sign the sex offender register indefinitely and was made subject to a ten-year sexual offences prevention order.

Nick Lane, defending, said: “The FA revoked his licence to coach children. He remains a coach but only in relation to adults

“He was involved at the time of his arrest in marketing and working for a football magazine.”

Mr Lane added: “He is a man who in the past has done considerable charity work and good work for the community.

“In 2013 he was part of a team raising money for Help for Heroes who over the course of 24 hours visited 20 Premier League grounds as a way of raising funds for that charity.

“He has used his football contacts in the past to organise a charity match for testicular cancer.

“He has also in the past used his sporting skills working with adults with learning difficulties to encourage them to participate in sport.”

Hutchison, formerly of Field House Road, Gateshead, has now also been found guilty of inciting two other boys on the internet when they were just 13 and 14.

The first victim knew Hutchison played for a football club in Gateshead and was looking into joining the same club.

Hutchison made contact with the boy on Facebook, where he was advertising for players, and they began to communicate.

“He told him he could earn money making pornographic films, he said £350 an hour.

“He asked (the boy) to send pictures of himself.”

The boy told police Hutchison had communicated with him on ‘face tag’ and the pervert appeared on his computer screen via a webcam committing a sex act on himself.

He encouraged the victim to do the same and made him swap intimate pictures.

Hutchison also tried to meet the youngster in a car park, the court heard.

The offences started in the summer of 2013 and lasted until March last year.

It came to light last August when the boy’s family checked his Facebook account and saw the messages from Hutchison.

He had targeted another boy, aged 14, in a similar way between April and August last year.

Hutchison lied about his age and started asking the youngster to meet him, offering him £20 to do so.

He also sent him intimate pictures of himself on Facebook and Snapchat and encouraged him to do the same.

It came to light when the boy’s mother read about a previous court appearance by Hutchison and recognised him as one of her son’s Facebook friends.

Sentence was adjourned on the latest convictions until next month.

Judge John Evans told him: “Having been convicted of these offences I’m going to adjourn sentence now for a pre-sentence report to address the issue of dangerousness.

“You know only a custodial sentence can follow in relation to these matters.”

The trial heard Hutchison had been “struggling with his sexuality” at the time and has been on a sex offender programme in prison. 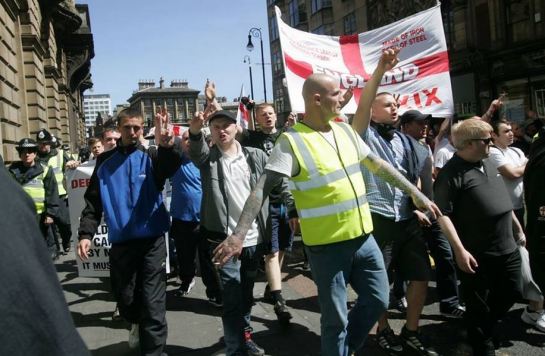