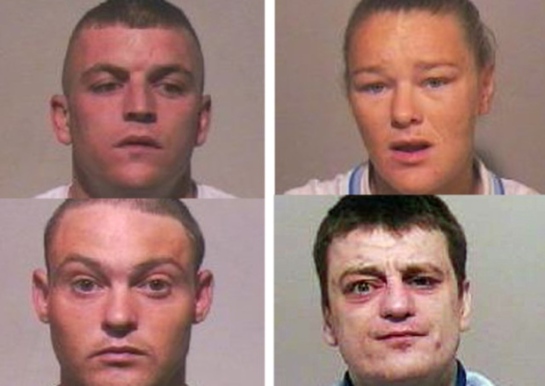 Officers who posed as users ‘Gary and Emma’ were easily able to buy drugs from strangers they met while hanging around the busy streets of Sunderland.

Over a period of weeks the covert cops were regularly offered and sold cannabis.

On one occasion they were able to buy diamorphine during a deal that took place near Hudson Street Primary School.

As a result of the operation, Adam Sayers, 27 and Deborah Ritchie, 28, both of Somerset Street, Daniel Sayers, 31, of Hill View Square and Thomas Allen, 29, of Guildford Street, all in Sunderland, all admitted drugs charges.

All four have dozens of previous convictions for a variety of offences.

Prosecutor Micahael Hodson told Newcastle Crown Court; “This was an investigation into crime generally, in the centre of Sunderland.

“The prosecution say Adams Sayers is the busiest of all and he involved his girlfriend Miss Ritchie.

“Daniel Sayers made the first approach to the two officers, who were sitting on a wall in Sunderland town centre.

“The crown submit they are street dealers.”

The court heard the first meeting with the undercover officers was in early April last year.

The operation came to an end in August when the home of Sayers and Ritchie was raided and 14 wraps of cannabis were found.

Between those dates the officers had been able to purchase small amount of drugs, in exchange for cash, cigarettes and even razors.

The deals were often arranged via mobile phone after the initial street meeting in April.

Adam Sayers, who admitted supplying and offering to supply cannabis, was jailed for nine months.

Ritchie, who admitted supplying and offering to supply cannabis, was sentenced to four months imprisonment, suspended for 18 months, with a two month curfew.

Allen, who admitted supplying cannabis, was sentenced to four month imprisonment, suspended for 18 months with supervision and a two month curfew.

Daniel Sayers, who admitted one charge of supplying diamorphine, was jailed for nine months , consecutive to a sentence he is serving for unrelated offences.

Judge Paul Sloan QC told them: “Your offending was detected as a result of a police operation where two undercover officers were deployed to operate covertly in Sunderland.”

The judge said he accepted Ritchie, who has turned her back on trouble and is co-operating fully with officials who are trying to help her, and Allen, who has no previous convictions for drugs offences and has settled down with a family, were lesser involved.

The court heard the diamophine handed over by Daniel Sayers during his brief involvement was worth less than £10 and he exchanged it for 100 cigarettes.

Alec Burns, defending, said the class A drug was in prescription tablet form, which got ground down during the exchange near the school.

Mr Burns said; “It was not someone who had heroin ready to supply, it was someone who improvised at the time.”

The court heard Adam Sayers has been diagnosed with health problems and has vowed to turn his back on trouble.

The EDL supporter in this article is Tommy Allan 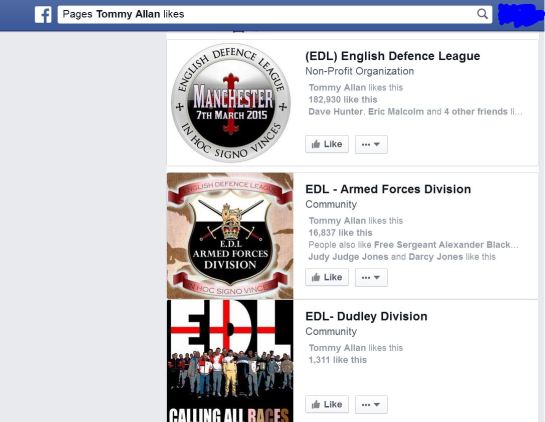