Stuart Sutton has been jailed

A racist has been jailed after making several anti-Semitic posts on social media.

Stuart Sutton, 45, of Wigan, was sentenced at Bolton Crown Court yesterday (Wednesday December 21) after being convicted of five counts of publishing or distributing written material likely to stir up racial hatred, contrary to Section 19 of the Public Order Act 1986. It followed an eight-month period in 2021 when he made a number of vile posts. 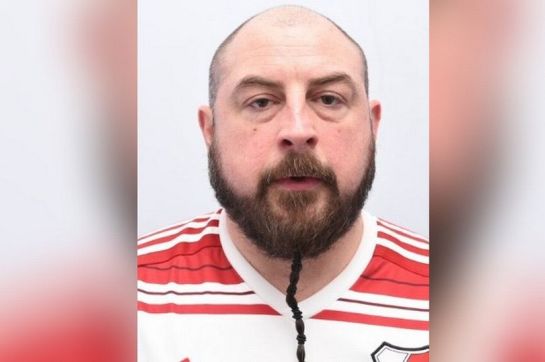 Sutton was caught following an investigation by Counter Terrorism Policing North West (CTPNW). Officers raided his home in Broadway, Hindley, on February 2 of this year and he was arrested.

He has now been jailed for 16 months after pleading guilty to the crimes. Amanda Bomsztyk, Northern Regional Director of the Community Security Trust (CST), said: “CST welcomes this outcome which follows our alerting CTPNW to Sutton’s incitement just over a year ago. It is important that such extreme Jew-hatred and racism leads to arrest and imprisonment.”

Detective Superintendent Andy Meeks, of the CTPNW Investigation Department, added: “We would always encourage people to report acts of racial hatred, whether that’s in person or online . ” To report a crime of this nature, visit the Counter Terrorism Police’s ACT campaign website.