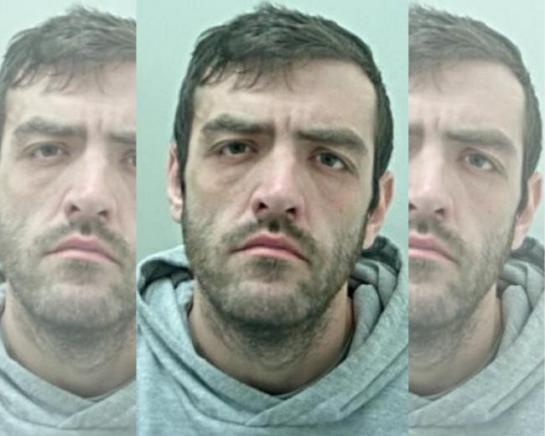 A FORMER English Defence League ‘commander’ illegally ran a team of door staff who were dispatched to work in East Lancashire pubs and clubs.

Bernard Holmes was arrested after an investigation revealed he had submitted false paperwork to secure a licence from the Security Industry Authority (SIA) in 2018.

Preston Crown Court heard how a tip-off about unlicensed bouncers working at venues in Lancashire led to officers attending the Nags Head in Accrington, where door staff said they worked for a Mr Holmes.

Further checks were undertaken, and it was established that Holmes had used false paperwork belonging to his uncle to register with the SIA, undertake training and obtain the necessary paperwork for his licence.

That allowed him to form a company, RR Ryan Response Ltd, to front his recruitment of door staff.

Prosecuting, Bob Sastry, said: “The man was contacted, and he spoke to SIA officers and he confirmed that he was in fact the uncle of Mr Holmes. It then became very clear that Mr Holmes had used his uncle’s name to apply to the SIA for the licence.”

The court heard how Holmes has 13 convictions arising from 21 offences – including six offences of battery, two of actual bodily harm and one of grievous bodily harm.

In 2019 the far-right thug was jailed for three years after he choked, headbutted and ripped out chunks of his ex-girlfriend’s hair. A court report from the time also showed how he threw her to the floor, kicked her and bit her on the face and mouth during the four-hour attack.

Holmes, who led EDL protests outside Blackburn’s Haslingden Road KFC dressed as a chicken in 2010, fled after beating up the woman but gave himself in after 10 days.

The 35-year-old pleaded guilty to two counts of fraud and one count of possession of a controlled article for use in fraud during an earlier court hearing.

Speaking about the pre-sentence report which had been written prior to the sentencing, defence barrister Tom Lord addressed the ‘unrealistic recommendation’ that the offending could be dealt with without a custodial sentence.

He said: “There is at times perhaps a generosity that has been extended to this defendant which isn’t reconciled with the presentation today or in fact the activities he was seen to pursue at the time.

“Without being too disparaging to the author of the report, the recommendation is unrealistic – he himself queried why this is not crossing the custody threshold, we make that concession.

“Where I do rely on the analysis is that this defendant is not sophisticated; he is or was at the time, somebody who was more of a chancer, knowing full well he wouldn’t qualify for a badge given his history.

“He is now undertaking the building better relationships program. In my respectful submission perhaps, the court would see that the wind is blowing more in the direction of rehabilitation in respect of my submissions.

“An immediate custodial sentence would be a progression back – he would lose the opportunity to undertake that course, which is part of the rehabilitation aspect of his previous domestic violence convictions.

“Regrettably he seems to be someone who is predisposed to violence and dishonesty.”

Sentencing Holmes, of Bolton Road, Blackburn, Judge Simon Medland QC said: “It [the security industry] is a very valuable commodity, and it is important that those who are charged with that extremely difficult job of being on the doors of licenced premises, are suitable people for doing so and given the defendant’s antecedents, it’s hardly surprising that the SIA would have taken the view that he wasn’t.”

He continued: “You have a long history of periodic outbursts of violence and conduct which is serious. The result of that is that you have spent not insignificant periods in custody. Because of that background you knew when you were undertaking this process that if you went through the normal channels of applications, you would never have received your badge.

“You went about matters in a devious way – there are elements of cunning about what you did in order to circumvent this and it worked for a short period of time – about 10 shifts.

“It has to be said however that the origins of this case lie in conduct by you in August 2018 and it’s now September 2021.

“In the meantime you have served a not insubstantial sentence for offences of a violent nature.

“However, you pleaded guilty at the earliest opportunity of this court and therefore I am going to step back from immediate custody in this case.”

Holmes was jailed for 12 months, suspended for two years and must undertake 30 rehabilitation requirement days and 120 hours unpaid work.

Jen Hart, the SIA’s criminal investigation manager, said: “This is a complicated and a devious fraud. This case demonstrates that the SIA will always seek to identify those who are abusing the licensing system designed to protect the public. The severity of the sentence demonstrates that the court thought so too.”