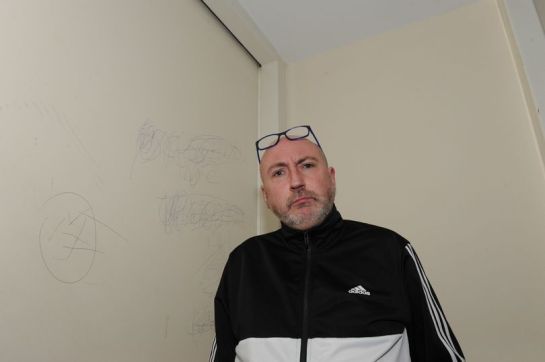 A racist who hurled abuse at a Sikh schoolboy and assaulted the youngster’s friend has been jailed for 20 months.

He also admitted threatening or abusive behaviour aggravated by religious and racial prejudice.

Neil Thomson, prosecuting, said Dickeson, who had been drinking, confronted a group of three boys as they went to shops at lunchtime.

Earlier a woman had overheard him making comments, including reference to Nazis, and was so upset she hurried home and contacted the police.

“The boy was upset and turned back towards his school.

“Dickeson followed him and his friends, swinging a walking stick above his head and brandishing a bottle.

“This caused concern to other school pupils and members of the public who moved away from the area.

“Dickeson continued to follow the three boys and struck one of them with the stick, causing a laceration to his scalp.

“The boys then ran back to their school. In statements later, they said they were absolutely terrified by the accused’s behaviour.”

Defence agent Jackson Bateman claimed Dickeson was hurt in a scuffle with other youngsters earlier and needed hospital treatment.

The solicitor added: “He has an alcohol problem and fell off the wagon so to speak when he was made redundant from his job as a lab technician the month before this incident.

“He went through a mental health crisis.”

Mr Bateman said Dickeson lives alone but has a son with whom he has contact.

He has taken steps to address his drink problem and Mr Bateman suggested “on a margin” he could be spared prison.

Passing sentence, Sheriff Alasdair MacFadyen told Dickeson: “I dare say you are not the first person with an alcohol problem to be made redundant.

“You are a mature individual and are responsible for your actions.

“You chose to get intoxicated to the extent that you made shockingly offensive racist remarks that terrified schoolchildren.

“You then perpetrated an entirely unprovoked assault on a schoolboy.

“It was absolutely disgraceful behaviour.”

Last year he was given a community payback order after he was spotted scrawling swastikas on the road outside his home.

He told neighbours they were “not welcome in my community” and threatened to burn down their homes.

Dickeson also claimed to be a pal of right wing extremist Tommy Robinson.