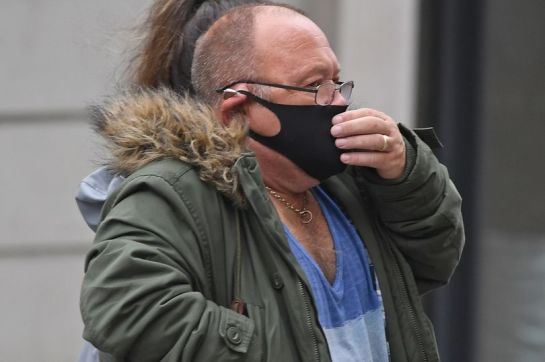 John Merritt denied any wrongdoing but was found guilty of raping two boys when he was a teenager (Image: Liverpool Echo)

A married man who raped two boys as a teenager collapsed in the dock when jailed today.

But at the age of 14 or 15, when going by the name Walter Merritt, he raped his victims in Belle Vale and Netherley.

Merritt offered chocolate to Boy A, before inviting him into his house and raping him in a bathroom and a nearby field.

He also raped Boy B in the bathroom, pouncing after his mum invited the disadvantaged little boy in for tea and cake.

Boy B described how the abuse “destroyed” his life and even landed him in jail, after he stole to buy drugs to block out the horror.

Liverpool Crown Court heard the now dad-of-four carried out the attacks in the 1970s.

Stephen McNally, prosecuting, said they came to light when Boy A made a formal complaint to the police in 2016.

He previously told his sister about the abuse 30 years earlier and also mentioned it in a letter to police in 2014, but hadn’t taken it further at that stage.

When interviewed, Boy A told police he believed it happened to others and mentioned Boy B, who was traced by officers and interviewed in 2018.

Mr McNally said Boy B wasn’t told who provided his name, but both men “independently provided accounts which bore a number of similarities”.

Boy A said Merritt passed him in the street, offered him chocolate and invited him into his home, before raping him in the bathroom. He said Merritt also raped him at another location and in a field in Netherley.

Boy B said he went to Merritt’s home because Merritt’s mum was nice to him and fed him, when times were hard in his family and he was “largely left to fend for himself”.

Mr McNally said: “He said that Mrs Merritt offered him tea, biscuits and cake, which he didn’t get at home.”

The court heard Merritt followed him into the bathroom, locked the door and raped him on two occasions.

Merritt was convicted of three counts of a sexual offence which would now be classed as rape after a trial in March.

In a victim statement, Boy A – who attended the sentencing – said the abuse “destroyed his life”.

Mr McNally said: “He describes how he turned to drugs because he ‘needed not to remember’.”

Boy A didn’t wish to make a victim statement, but in evidence described how the abuse affected his “personal relationships” and he also turned to drugs.

The trial heard Merritt was convicted of wounding aged 15 in 1976, when he threw a bike cog at a girl’s face, leading to him being put in care. His family later moved to Speke.

Mr McNally said in 1980 he was convicted of possessing a weapon, “a stick with a chain” when “part of a Teddy Boy outfit”.

Merritt was most recently convicted of a racially aggravated public order offence in 2015.

The court heard he had character references from his wife, adult son and two adult daughters.

She said Merritt was “only a child” at the time and expert evidence, including an intermediary’s report, detailed his “educational difficulties and learning difficulties, as well as significant physical difficulties”.

The judge, Recorder Ian Harris, accepted there had to be a significant reduction in the sentence, because of Merritt’s age at the time and his “characteristics”.

Ms McCloskey said Merritt was assessed as being “a low risk of re-offending” and hadn’t committed any crimes since.

She said: “The man before the court, 60 years of age, is a very different one from the teenager that committed these offences.”

Ms McCloskey said the Probation Service recommended a community-based sentence, so Merritt could undergo work to rehabilitate him.

She said his family thought “very highly of him” and he was a “great support” to his wife and 12-year-old son, who has health difficulties.

Ms McCloskey said: “The defendant was convicted of these offences – not his family. Since this case was first publicised, his family have been subject to the most despicable abuse and general intimidation.”

She added: “His family are guilty of nothing and should not be treated as such.

“They themselves perhaps your honour could be considered victims of the offences.”

Recorder Harris said Merritt, when 14 or 15, raped Boy A up to five times, when the child was nine or 10, and raped Boy B twice, when the victim was eight or nine.

He said Merritt “befriended” then groomed and isolated the boys, which involved “significant planning”.

Referring to Boy A, Recorder Harris said: “It’s quite clear there has been a lifelong impact upon him.”

The judge said Boy B, who screamed and shouted out during the rapes, was left with “lifelong psychological harm”.

He said Boy B told the court: “I needed not to remember what this man did to me as a kid, so I took drugs, which made me not think about what had been done to me by him.

“He ruined my whole life. All my relationships failed with me being insecure with what happened to me. I stole to fund my drug habit, which put me in jail… one big, vicious cycle.”

Recorder Harris said a pre-sentence report referred to Merritt’s “dysfunctional sexual interests” as a teen and how the rapes allowed him to “exert power and control over the victims”.

The judge noted his learning difficulties and said Merritt suffered from physical problems, including abnormally short arms, as a result of his mum receiving thalidomide treatment when pregnant, which Merritt said led to him and his family being “marginalised and verbally abused” when living in Netherley.

He said the report suggested “optimistically and unrealistically” that he could be spared jail, but if Merritt had been an adult at the time of the abuse, he would have faced more than 16 years in prison.

Recorder Harris jailed him for eight years, at which point Merritt collapsed, hitting a wooden rail as he fell.

When helped up by a dock officer, he claimed “I just fainted a bit”, then muttered: “It’s my back as well.”

He will serve at least six years in prison, before he is released on licence.

Merritt, who must sign the Sex Offenders Register for life, waved to his crying wife and adult son as he was sent down.

Speaking after the case, Detective Constable Julia Jennings said: “The actions of Merritt have clearly had a long lasting and devastating impact on his victims, who have been forced to relive their ordeals through his trial.

“I would like to pay tribute to their courage and strength in coming forward to speak up against Merritt and I hope that today’s sentencing will finally give them the closure they have waited so long for.

“Time is never a barrier to investigating a crime and bringing someone to justice and I would encourage anyone who has been a victim of sexual abuse to come forward. We have specially trained officers who can support you through the investigation process.” 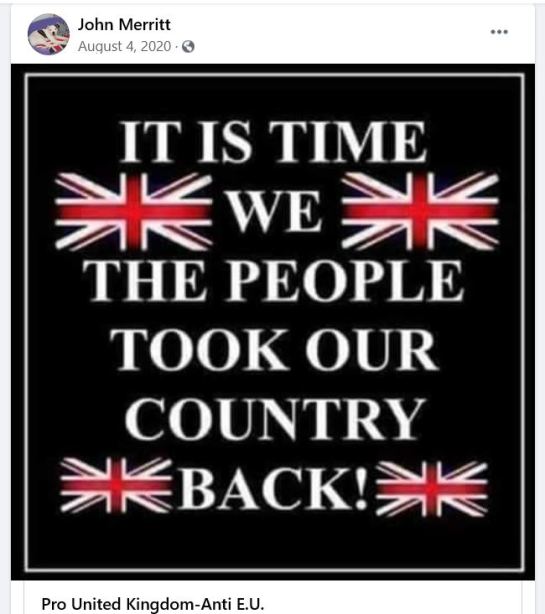 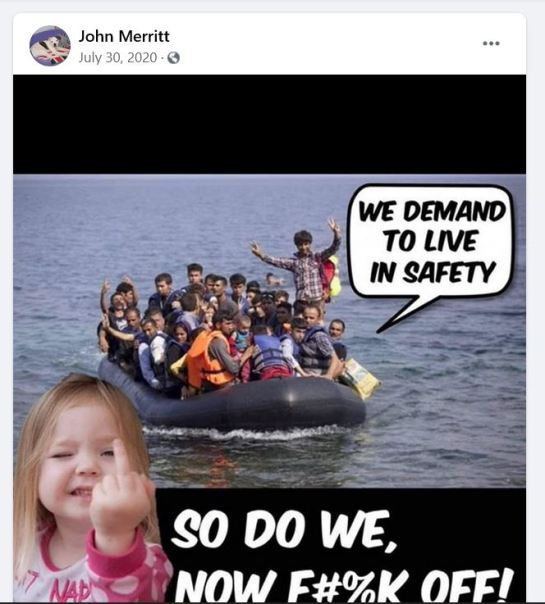