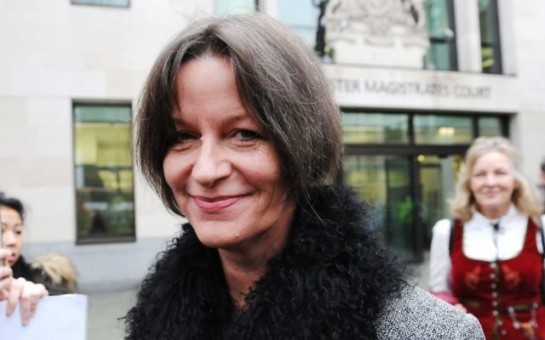 A Holocaust denier has been jailed after claiming that Jews control “anything that’s worth controlling.”

Alison Chabloz, 57, of St John’s Wood, was found guilty of a communications offence on Wednesday and was handed an eighteen-week prison sentence, of which she will serve nine weeks behind bars.

Westminster Magistrates’ Court heard how Chabloz claimed on the social media network Gab that “anything that’s worth controlling will have Jews there controlling it” and accused Jews of turning their children into “psychopathic maniacs”.

She also stated that Jews were persecuted in Nazi Germany because they “had been behaving in a certain fashion, as we’re seeing again today”, and that some Jews should be deported.

The offence was committed while Chabloz, formerly of Glossop, was on a suspended sentence.

Stephen Silverman, of Campaign Against Antisemitism, said: “Alison Chabloz’s repulsive opinions about Jews can be traced back to the beer halls of 1930s Germany.

“Despite already having been convicted of similar offences, she continued, while serving her suspended sentence, to use the internet to attempt to radicalise others and convert them to her hateful way of thinking about Jewish people.

“Today’s verdict and sentence finally give the Jewish community justice and protection from someone who has made a vocation out of denying the Holocaust and baiting Jews.

“It also sends a clear message to those who might be tempted to go down the same path.”