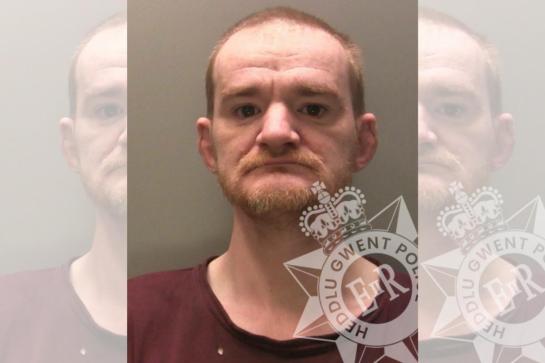 AN EBBW Vale man has been jailed for six months after threatening to burn down a mosque and “blow up” council buildings.

Robert Armstrong, 45, called 999 on November 24 while walking along Steelworks Road, in Ebbw Vale.

Speaking to the police call handler, Armstrong threatened to kill council officers and members of the Muslim community, particularly those of Pakistani origin, as well as threatening to blow up the Blaenau Gwent County Borough Council offices and a mosque.

Armstrong told the operator: “I have had enough. I have had a gutsful of lockdown. My issues are with the government, the police, and the NHS.

“I am going to f*** up as many lives as I can. By the time I am finished the Muslim community in Wales will be p***** off because I will murder them.

“The council are my top target. You better get everyone out of that building because I will blow it up.”

Prosecuting, Lowri Wynn Morgan said Armstrong, of Station Road, Waunlwyd, told the call handler that if she sent officers to find him, he would “send your officers back in body bags.”

Officers were sent to stop the defendant as he walked along Steelworks Road, and he was arrested after being Tasered.

Stuart John, in mitigation for Armstrong, who was sentenced at Cardiff Crown Court on Wednesday, said the defendant had been suffering with his mental health, having recently moved GP surgeries and being unable to access his prescribed medicine.

Mr John added: “This has been his first taste of custody, and it has been an extremely sobering experience.”

Sentencing Armstrong, Judge Christopher Vosper said it was “not entirely clear what prompted” his “ranting and raving”.

He said: “You threatened to go to Blaenau Gwent council buildings and blow them up, and stab in the neck any council officer you could find.

“You also made threats against the Muslim community, particularly those of Pakistani origin. You threatened to kill them and destroy a mosque.

“The operator says she did not feel threatened and was unsure whether to take the threats seriously but felt she could not disregard them.”

However, Judge Vosper added: “No officer of the council or members of the Muslim community heard these threats being made. The victims never heard them and therefore never suffered any harm.”

He sentenced Armstrong to 26 weeks in prison for each of the offences, to be served concurrently.
South Wales Argus