Mark Pearson has been locked up for the attempted murder of a man, who repeatedly called him a “nonce”, outside Aldi in Spennymoor 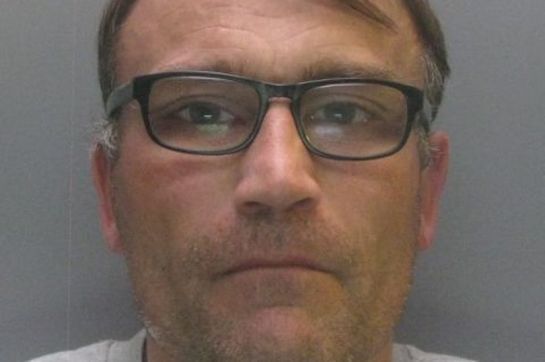 Mark Pearson has been given a life sentence for attempted murder in Spennymoor (Image: Durham Constabulary)

A grandad who was falsely accused of being a paedophile has been given a life sentence for stabbing his tormentor.

Mark Pearson repeatedly stabbed Michael Inwood with a lock knife in a “frenzied” attack outside the Aldi store, in Spennymoor, in front of horrified shoppers.

Newcastle Crown Court heard how Mr Inwood suffered “life-changing” injuries after being stabbed eight times, including the neck, heart and lung, on the afternoon of September 9 last year.

The 47-year-old denied trying to kill Mr Inwood, but a jury convicted him of attempted murder and being in possession of an offensive weapon at trial.

Judge Paul Sloan QC said that the stabbing was “totally disproportionate” to the provocation and jailed Pearson for life with a minimum term of 12 years.

The court heard how Pearson snapped after two years of torture from Mr Inwood, who had repeatedly branded him a “nonce” and a “paedophile”.

However, Pearson is registered as a Multi Agency Public Protection Arrangements (MAPPA) 2 – meaning he is a classed as a violent offender, not a sex offender.

The pair had initially clashed earlier that day on the top deck of a bus heading towards Spennymoor when Mr Inwood called the defendant a “wrong ‘un”.

It spurred Pearson to follow Mr Inwood, who was leaving the bus, until he was stood next to the driver where he told him that he was a “dead man walking” and that he was going to “slit his throat”.

Pearson then drew his finger across his neck in a cutting action.

He got off the bus at the next stop, walking past the Aldi shop on Cambridge Street towards his home. However, he suddenly turned around and headed back towards the store – and in the direction of Mr Inwood.

The pair confronted each other and began shouting “come on then” before Pearson got out a lock knife from his pocket and hid it behind his back.

Newcastle Crown Court was told when Pearson got in range he swung his right arm and stabbed Mr Inwood in the neck. He then proceeded to stab the victim “up to 10 times”, including the heart and lung, until he fell to the floor.

The offence took place in broad daylight outside the busy supermarket with one horrified witness saying it was like “something out a horror movie”.

Pearson fled the scene and called 999 after stashing the lock knife in a bag of flour in his kitchen cupboard.

He told police he didn’t deliberately stab Mr Inwood and claimed it was self defence.

The court heard how Mr Inwood had suffered a brain injury with his speech, eyesight and mobility being severely impacted by the attack.

He is also now experiencing regular seizures, mood swings and has lost his independence.

In a victim impact statement read out in court, he said: “My life is a daily struggle. I can’t walk in a straight line. I can’t dress myself, my father is caring for me. I still have no access to my daughter and it is breaking my heart.”

Tony Davis, defending, said the attack arose as a result of two years of “utter frustration” that had “boiled over”.

Pearson, of no fixed abode, has a long list of previous convictions for violence, including in 1996 when he was jailed for eight years for attacking three police officers with a knife.

Judge Sloan said: “You had the knife with you really to use as a weapon as neccessary.

“It was a cowardly attack – holding the knife behind your back to then catch Mr Inwood by surprise.

“The taunts do not begin to justify your subsequent actions. Using the knife you gave up to 10 blows or so, causing eight wounds and leaving him for dead.

“The only sentence I can pass is one of life given the possible threat to the public.”