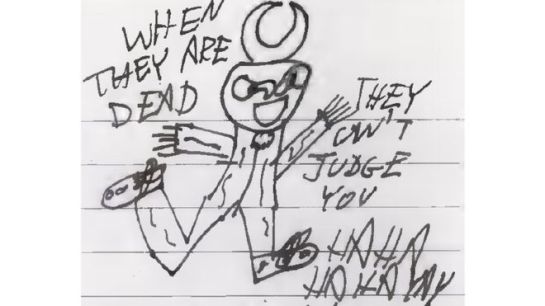 The youngest person to be convicted of planning a terrorist attack in the UK identified potential targets in his hometown, began drafting a “guerrilla warfare” manual and tried to obtain a chemical used in terrorist bombings. But the case also focused on the radicalisation process itself, hearing the 16-year-old’s preparations for an attack involved a deliberate effort to dehumanise himself and become like the “living dead”.

The teenager chronicled his regression in a journal, writing “at one point or another I can look back and see if I was any different.” Aged 14, he noted: “I wasn’t always a fascist, my red pilling process was slower than most”, adding that less than two years earlier he advocated “punk rock ideals and Marxism”.

The trial heard much about his ideology – an amalgam of neo-Nazism, Satanism and misanthropy, allied to the belief that a collapse of civilisation should be “accelerated” through acts of violence and criminality.

He was first interviewed by police in autumn 2017, when his school reported a Twitter account he used to express support for the outlawed British neo-Nazi group National Action and posed for a photo with ex-English Defence League leader, Tommy Robinson.

The boy, who cannot be identified because of his age, promised to close the profile and he spent time with the government de-radicalisation scheme, Prevent. But rather than moderating his behaviour, he set out to immerse himself in extreme right-wing literature and online networks.

“A fascist has an obligation to absorb a lot of words,” he recorded.

His immersion came at a time of exceptional depravity. National Action had been banned in 2016, but had generated several small British spin-offs, some of which sought to imitate the militant American group, Atomwaffen Division.

The origins of this network were in an online neo-Nazi forum, but by the time it closed in 2017 fascists from around the world were already migrating to new platforms. These digital spaces promote an increasingly berserk world view that proclaims hatred of all, worships a pantheon of “saints” comprising various terrorists and murderers, and demands a commitment to the destruction of society through so-called “accelerationism”.

Online channels can gain thousands of followers, all using a shared vocabulary and set of references, although there are disputes over people’s ideological commitment or supernatural beliefs, in which Adolf Hitler is often regarded as a divinity.

Central influences include the American neo-Nazi James Mason, who has been convicted of indecent images offences involving a child, and individuals associated with the occult organisation Order of Nine Angles – described by the prosecution as the “most prominent and recognisable link between Satanism and the extreme right”.

The result is a culture in which deviancy and criminality are encouraged – sexual violence and paedophilia are constant themes – with anything justified as long as it is thought to destabilise society and defy what is characterised as slavish morality.

The Durham teenager absorbed these ideas, reading any recommended books and discussing them in his journal, gradually following the logic of his ideology towards a planned attack. In October 2018, he wrote that earlier phases of his political activities, such as debating with others, had “accomplished nothing” and merely got him into trouble at school.

“And now here I am an accelerationist,” he added.

The boy actively sought to alter himself in line with the texts he read and included the instruction “shed empathy” on a list of things to do. He adopted an online pseudonym, speaking constantly with other neo-Nazis, telling a forum that his Satanic belief system involved programming oneself to lose any feelings of guilt – becoming the living dead in the process.

“I believe there is primal enjoyment to be had in sadism,” he wrote in his journal, stating: “How wonderful it is to be an amoral individual”.

He set his sights on his hometown of Durham, searching for synagogues and compiling a list of local places “worth attacking”. He collected explosives manuals and also tried to secure a dangerous chemical from a fellow extremist in the United States.

When the boy was arrested outside his home in March, detectives found a coded note in his pocket, saying: “Killing is probably easier than your paranoid mind thinks. You’re just not used to it. Most were caught because they got sloppy.”

At trial, the boy denied being a neo-Nazi, saying his writings were an extremist “alter ego” generated by feelings of social isolation and created in order to shock others and find a sense of belonging online. He told jurors his political beliefs were “centre right” and that he had a poster on his bedroom wall signed by Nigel Farage.

Prosecutors said the boy was lying to the jury about the fake “persona” and that his actions were not confined to diaries or the internet. They originally alleged that he sexually touched a child as part of his preparations for an attack, saying it was a deliberate “desensitisation technique”, although claims about his sexual conduct were ruled inadmissible during pre-trial hearings and will now be heard in a youth court. 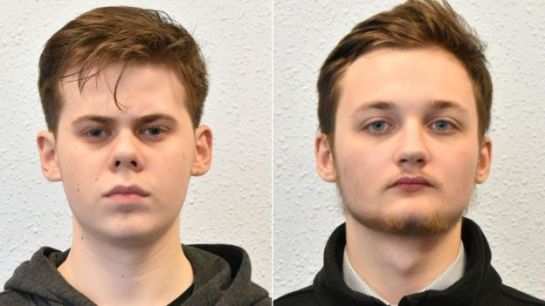 According to police, eight terrorist plots inspired by right-wing ideologies have been stopped since March 2017. They say there is a “spectrum” of such ideologies that have the potential to generate violence, with the variant adopted by the Durham defendant regarded as perhaps the most extreme of all.

He is now the fourth teenager to be convicted of terrorism offences in the UK over the past year, in which the same set of influences – accelerationism and Satanism – have been central.

One of the many troubling aspects of this case is that a child traversed the full spectrum of right-wing extremism before he had even left school.