A man who deliberately drove at worshippers leaving an Islamic community centre has been jailed.

At Harrow Crown Court on Wednesday he was jailed for five years.

Police said 25-year-old Stokes and others had parked outside the community centre on Horseshoe Close after a night of drinking.

The group were asked to move on by event stewards, who said they were causing a disturbance as there was a private event taking place. 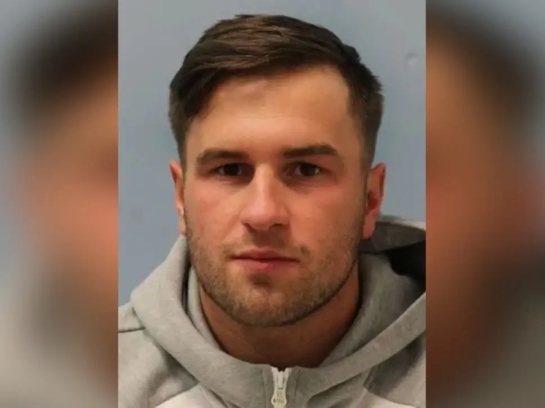 Martin Stokes, 25, has been jailed for five years ( Metropolitan Police )

In response, Stokes shouted racist abuse and then deliberately drove at worshippers leaving the community centre, before fleeing the scene, according to Scotland Yard.

Three people were injured, including a 50-year-old man who was hospitalised for three weeks due to serious hip and leg injuries.

Mohammed Al Bayati, from the Al Hussaini Association, said: “Our members were subject to racist and anti-Islamic taunts followed by a violent attack.

“The attack, against men, women and children and which resulted in serious injuries to the victims, took place at night during Muharram, a sacred month of the Islamic calendar.”

After sentencing, Det Sgt Kelly Schonhage said: “Stokes selfishly drove his car at a group of innocent pedestrians and had no regard whatsoever for their safety.

“It is very fortunate that no lives were lost in this incident and we are pleased that Stokes has now been brought to justice.”

Stokes was also banned from driving for seven-and-a-half years.

Michael O’Donnell, 20, and Thomas McDonagh, 20, both from Wembley, were charged in connection with the incident but their cases were discontinued.