Stephen Bracher had been working on 17 other devices, police said

A man found with a 9kg (20lb) fertiliser bomb under his bed has been jailed for 40 months.

Unemployed amphetamine addict Stephen Bracher, 55, had been working on 17 other devices when he was arrested in January, Exeter Crown Court heard.

In some he expressed intentions of killing people, the court heard. 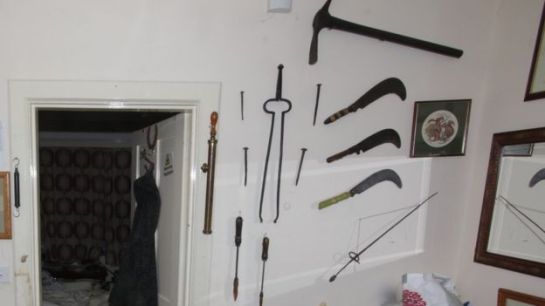 Bracher’s house was “full of weaponry” including machetes and knives

Royal Navy explosives experts removed the explosives from his home in Bishops Tawton, near Barnstaple, after the raid on 24 January.

The property was also “full of weaponry” including machetes and knives, police said.

The ammonia sulphate fertiliser bomb, when exploded under controlled conditions, left a large hole in the ground.

Police said fertiliser bomb and the other devices could have caused “extensive damage”.

Det Insp Phil Gray said: “He had disassociated himself from society.

“He enjoyed making his own explosives to see how loudly he could get them to go bang.” 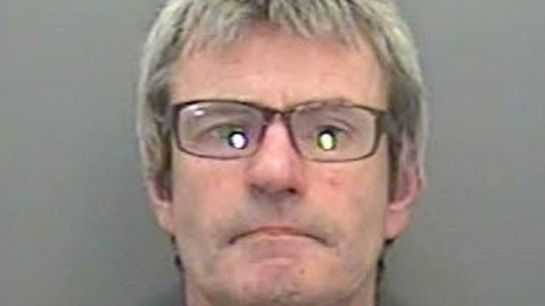 Neighbours and friends of Bracher spoke of an unemployed loner who spent hours with a metal detector by the nearby River Taw.

There he would search for finds which he would take to Barnstaple Museum.

He had a “genuine” interest in local history and was not in it for money, said one museum worker.

Bracher was the eldest of three children and lived in the area all his life, said friend Mike Davis, who has known him since they were teenagers.

Mr Davis said: “He was a very reasonable person, no trouble maker.

“He didn’t want to do damage to anyone – he’s not a terrorist kind of person, he wouldn’t harm anyone.”

The almshouses where Bracher lived are reserved for people aged over 45 with local connections.

Neighbour Glyn Seal said it was a “big surprise” when the almshouses, with their manicured lawns and clipped hedges, were raided and Bracher was arrested.

“It’s a quiet community and the people in the almshouses are very quiet,” he said. “You never hear anything from them.”