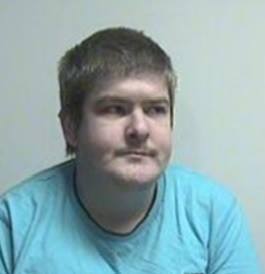 A right-wing extremist who was caught with a bomb-making kit during an unrelated call-out to the death of a teenage woman in Edinburgh has been found guilty of terrorism offences.

Peter Morgan’s flat was searched on 5 July 2017 after a woman collapsed.

Morgan will be sentenced at the High Court in Edinburgh on 16 August 2018.

An Army bomb disposal expert told the High Court in Edinburgh that a “quite effective, viable” improvised explosive device (IED) could have been made from the items discovered.

Sgt Liam Davies told prosecution lawyer Ashley Edwards: “I believe that this is a bomb in construction or waiting to be constructed.”

He said the potential shrapnel glued to the exterior of the vinegar shaker was telling and if the screws and tacks were put in with an explosive mixture placed inside the bottle that would add to the fragmentation effect.

Police also discovered he downloaded an international application form to become a “loyal white knight of the Klu Klux Klan”.

Morgan had also acquired copies of an Al Qaeda terrorism manual, an IRA volunteers handbook on guerrilla warfare and works on turning guns into fully automatic weapons as well as guides on improvised explosives and interrogation techniques.

Jurors heard he was “quite proud” he was part of the Scottish Defence League and travelled with others from the far-right group to a white pride rally in Manchester in 2015.

Jurors convicted Morgan of charges which stated he possessed items and collected information which give “rise to a reasonable suspicion” that he was planning “acts of terrorism.”

Judge Lord Boyd remanded Morgan, who has convictions dating back two decades, in custody in order for the court to obtain reports about Morgan’s character.

Morgan had denied the charges.

During proceedings, the jury heard that police and ambulance personnel had originally attended at the block of flats where Taylor lived on July 2 last year because a woman had collapsed and was found to have no pulse.

A resident said she had previously seen the woman at Morgan’s flat and police decided to force entry because of concerns for others and a sergeant kicked the door in.

The flat was found to be empty but officers noticed drugs paraphernalia such as needles and scales and the premises were secured. Morgan was later seen nearby.

Search officers were dispatched to the property and right wing flags, leaflets and stickers were found.