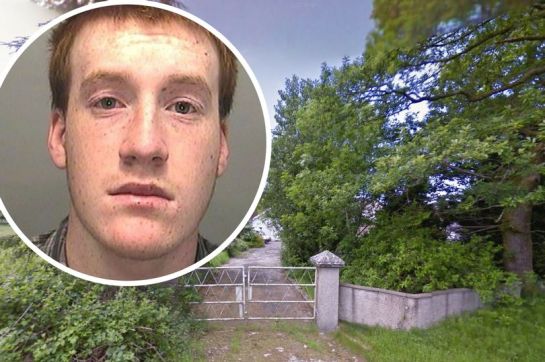 A teenager stole cats from an animal sanctuary to use as “live bait” for his dogs to hunt down to kill.

Frank Lewis, 18, slit one of the cat’s legs to slow it down while he used the pets in his hunting game with his dogs.

A court heard the teenager broke into the purpose-built cat sanctuary late at night and stole a cage with ten cats which were being nursed back to health by volunteers.

Georgina Buckley, prosecuting, said: “Lewis essentially used the cats for sport. He used his dogs to hunt down and kill them.

“He caused lacerations to the cats himself to try and hinder their escape.”

Four were found alive and returned but three others are still missing and presumed dead.

Ms Buckley added: “Post mortem gave the cause of death as the result of an attack and having been shaken viciously by an animal, like a dog.”

The court heard Lewis set up his sick game just two weeks after he was sentenced in a youth court for a gruesome attack on a sheep.

Lewis stole the sheep from a field and strung it up upside down to a tree, before cutting its head off with a machete. He then posed for photos next to its bloodied carcass and posting them on Facebook.

The police were alerted and Lewis, who is unemployed and on benefits, was given a referral order at Swansea Youth Court.

But he then went on to strike at the Ty Nant Cat Sanctuary at Port Talbot just days later with a 15-year-old accomplice.

Theresa Ahmed, owner of the sanctuary, read out a victim impact statement in court, where she called Lewis “pure evil and beings without a soul.”

Ms Ahmed, who built the sanctuary on the grounds of her family home and has run it with her husband since 1990, said: “The burglary has changed my life forever.

“The sickening realisation that cats were missing and what had happened to them will remain with me for the rest of my life.”

She said she had fallen during the search for the cats, and sustained injuries to her spine for which she was waiting for the results of an MRI scan.

Mr Herd, defending, said Lewis accepted responsibility for the burglary and the deaths of the cats.

He said: “Lewis concedes his dogs were trained to hunt and he knew full well about what the outcome would be.”

Mr Herd said Lewis, whose mother committed suicide five years ago, had been seen by child psychologists after decapitating a sheep, who concluded he showed “psychopathic traits” and signs of a personality disorder.

He pleaded guilty to burglary and criminal damage at Swansea Crown Court where he appeared for sentencing.

Judge Paul Hopkins told Lewis his acts added with his “extreme right-wing views on race and sexuality” meant he was “dangerous.”

Judge Hopkins said: “You tortured a sheep before beheading it, and then took a photo such was your satisfaction at what had been done.

“You then broke into a cat sanctuary and stole 10 cats. You used them as bait for your dogs.

“They are acts of great cruelty amounting to sadism.”

Lewis, of Croeserw, near Port Talbot, was sentenced to 30 months in a young offenders institute.

His 15-year-old accomplice, who was found not to have taken part in the killing of the cats, was given a nine month curfew order earlier this month.

Speaking after the hearing, Inspector Tim Hopkins, from South Wales Police, said: “This was a particularly awful crime against defenceless cats. The outpouring of emotion from the local community – and on social media from across the world – highlights the impact of Frank Lewis’ heinous actions.

“I would like to take this opportunity to thank the local community for their support during this investigation which resulted in the two males involved being brought before the courts.

“Thanks to a thorough investigation, and along with today’s outcome, it sends out a clear message that South Wales Police takes all crimes seriously and will ensure that offenders will be brought to justice.”