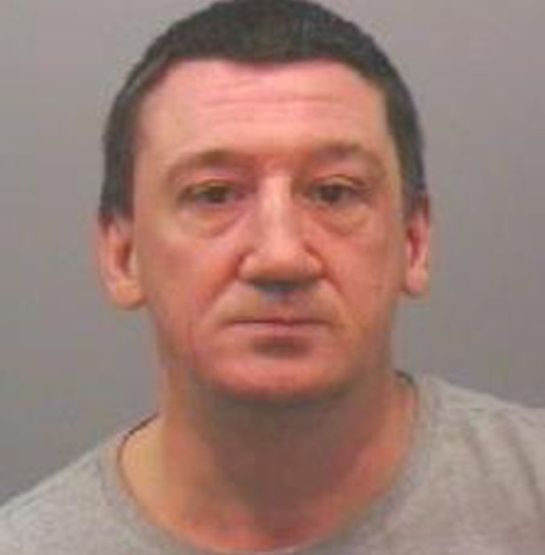 A notorious hooligan has been jailed and banned from going anywhere near football matches after fighting with rival fans in a pub close to St James’ Park.

Darren Brindley headbutted an Everton fan then armed himself with a crutch as an ugly brawl blew up on Boxing Day.

A court heard the 44-year-old has a long list of previous convictions for violence and has been banned from attending sporting events in the past.

He went to the Black Bull, on Barrack Road, as Newcastle lost 1-0 to Everton on December 26.

Newcastle Crown Court heard he got into an altercation with an Everton fan who was in the pub having been kicked out of St James’ Park.

Brindley, who claimed he was called a “Geordie b******”, headbutted the man, sparking a fight with other fans of the Merseyside club.

The violence then spilled outside and Brindley armed himself with a crutch belonging to an Everton fan, which he swung around violently.

Now he has been jailed for more than two years after admitting affray and he was also given a six year football banning order.

Recorder Jo Kidd, at Newcastle Crown Court, told him: “The complainant approached you, extended an arm around your waist and your immediate reaction to that was disproportionate, aggressive and violent, for you immediately turned and launched into headbutting him, an act of extreme aggression.

“Thereafter and perhaps unsurprisingly the other people who were his friends then began to fight with you.

“At some point between being in the bar and getting on to the street you took a crutch from another man in the pub.

“You decided to go into a public street armed with that in a heightened state of aggression and then launch an attack with that item on the people outside.

“That behaviour was not you acting in self defence, it was wholly out of hand and unnecessary.

“It’s clear you were not content to stay in the doorway, you pursued a number of those men across the road, still holding the crutch and you were brandishing it about.

“Whatever part the other supporters played, that presented to members of the public a scene of out of control violence that would have been terrifying to anybody in that location.

“Members of the public are entitled to be able to attend football matches without having to come across such acts of aggression and public disorder.

“You caused the public concern and terror, it was a large scale public disturbance.

“Your list of previous convictions makes unhappy reading and demonstrates a long and extensive record of violence and public disorder, including public disorder within the context of sporting events.”

The court heard Brindley, of Bolingbroke Street, Heaton, Newcastle, went to the Black Bull around 7pm on Boxing Day.

He had already had around six pints and said he was there to meet his cousin.

As he passed one of the Everton fans, there was an exchange in which Brindley claims he was called a “Geordie b******”.

Prosecutor Michael Bunch said: “The man continued in conversation with the defendant and had his arm around Mr Brindley’s back.

“At that point the defendant instigates the violence by the use of a headbutt.

“There is then a fight and Mr Brindley fell back on to some benches and the complainant was thrown out of the pub.”

Brindley went outside to square up to the man then came back in.

Mr Bunch said: “He returned back to the premises and took a crutch belonging to one of the Everton fans and came out and was brandishing it about.

“There was a brawl and he was swinging the crutch.”

Police then arrived on the scene and found Brindley injured but he claimed he had fallen over and refused to go to hospital.

Mr Bunch said: “The defendant was identified from CCTV.

“He is well known to officers employed as spotters in the football disorder unit and he was recognised from the footage.”

When he was arrested a month later he said “You mean when I was assaulted”.

He told police he had been out drinking and said comments had been made to him by the Everton supporters which made him feel threatened.

Brindley, who has 71 previous convictions, admitted affray and was jailed for 26 months and was given the football banning order.

Geoff Smith, defending, said: “There was a football match going on but he was going to the Black Bull near St James’ Park to see his cousin.

“There was more than one violent person in that pub that evening.

“He didn’t go there to become involved in violence. Mr Brindley’s instructions are he entered the pub with the best will in the world to see family members and he was called a Geordie b****** by the complainant. He was being abused and felt threatened.

“He was waving the crutch around at a large number of men from the Merseyside area but it was used in a defensive manner and no-one suffered injury as a consequence.

“His record doesn’t relate to football violence for the last ten years.

“He has two children with his partner and the most difficult part of what has happened to him is being separated from his partner, children and grandchild.”