Michale Kearns was jailed for Bold Street attack on anti-fascists 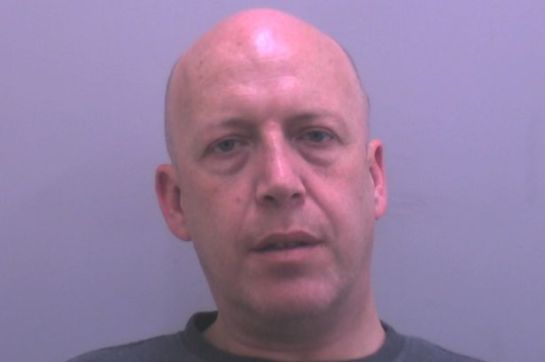 A Liverpool man jailed this week over a £5m drugs plot has links to the same extremist group involved in violent scenes on the steps of St George’s Hall.

Michael Kearns was part of a right-wing gang that caused a mass brawl in Liverpool city centre when they attacked anti-fascists in 2013.

After serving time for his role in that skirmish he is now back behind bars after cops busted the drugs operation he was part of.

Kearns, 43, was one of 13 men sentenced to a total of more than 60 years on Thursday for their involvement in cocaine and amphetamine plots.

Kearns was caught with others members of the group with 227g of 83 per cent pure cocaine while travelling on the M6.

He was jailed for five years and four months.

Now, the ECHO can reveal the 43-year-old was among a group of far-right activists that targeted anti-fascist rivals in a violent attack on Bold Street back in 2013.

Shoppers watched in horror as the men punched and kicked people heading for a fundraising gig at the News From Nowhere Bookshop.

The trouble then spilled into Cafe Tabac, with CCTV of the brawl showing diners being forced to flee the trouble.

Kearns, of Dovecot Avenue, was described as being ‘in the thick’ of the violence by Judge Robert Trevor-Jones.

Then – handing him 14 months for violent disorder as he sentenced the group – the judge added: “All of you were either members of, or have associations with, groups which happen to hold right-wing views or positions whether it be the National Front, English Defence Force or North West Infidels.

“It is that common factor which brought you all together on Bold Street that evening because you had been made aware there was to be some form of anti-fascist meeting.”

The North West Infidels were the extremist group behind last month’s Liverpool city centre rally that saw trouble flare between the right-wing gang and anti-fascist rivals.

While Kearns is thought to have been in custody during February’s demonstration, it is believed Blackburn-based Shane Calvert was among those who took part.

The 34-year-old was jailed alongside Kearns for violent disorder in relation to the Bold Street incident.