A gang attacked a man with metal bars and pieces of wood outside his house – following a row about barbecue parties.

Two of the six men involved in the frightening assault in Wath-upon-Dearne last July have now been jailed for their part in the attack during which their victim was knocked unconscious and badly injured. 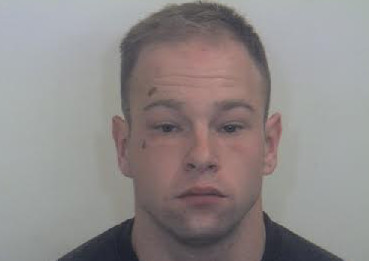 The victim said he had been living ‘like a prisoner in his own home’ following the attack that involved one of his neighbours.

Ian Goldsack, prosecuting, said the victim’s rear garden backed onto the neighbouring property lived in by Hare, who had moved in a few months before the attack.

He said after a number of ‘minor or petty’ disagreements between them, on June 30 Hare had hosted a ‘noisy barbecue’ in which water balloons were thrown towards the victim’s open kitchen window.

Mr Goldsack said when the man asked them to stop,‘threats and abuse’ were shouted towards him.

The man hosted his own family barbecue on July 4 which ended around 10.30pm.

Mr Goldsack said shortly after midnight a man had gone to the victim’s house and repeatedly banged on the front door.

The man left after the victim said he would call the police.

Shortly after, the man left the house to walk his aunt home but six men came out of a passageway and chased him as he tried to run home.

Mr Goldsack said: “As he got to the front door, he tried to grab the door frame but felt his legs being pulled away.

“There was then a heavy blow to the back of his head and he could hear shouts of ‘Get him out of the house’.

“He thinks he lost consciousness.

“He came to in the front garden and his stepson and aunt were pulling him towards the house.”

He said the victim was a self-employed builder who had at least six weeks off work because of the injuries, which included a fractured cheekbone, double vision and nerve damage.

The 36-year-old said he had been ‘living like a prisoner in my own house’ following the attack and knowing some of the people that attacked him were still at large.

He said: “He has expressed sorrow for what happened to the victim. It must have been an awful attack.”

The court was told Hunt hoped to have his sentence suspended so he could return to Sheffield to live with his mother and restart working.

Judge Julian Goose QC said: “This was a frightening attack in front of his family and friends. This has caused him considerable harm.”

Hare, 28, of Bushfield Road, Wath-upon-Dearne, was jailed for two years.

Houlton, 26, of Trough Drive, Thrybergh, was given a lesser sentence of 20 months’ imprisonment because of his earlier guilty plea.