A SERIAL blade carrier claimed he had a Swiss lockback knife shoved down his sock because he was going to fix it.

James Marsland made the bizarre claim that the lockback knife had broken when he and his cousin tried to cut around empty plastic bottles to make cups at a last-minute house party.

He had gone out to buy more alcohol with a friend, with the knife stuffed in his sock, when he was spotted by cops in an unmarked car on Howatshaws Road in Bellsmyre on July 22 at 9.40pm.

The 21-year-old, who has two previous convictions for knife carrying and had been in custody since the most recent incident, appeared at Dumbarton Sheriff Court last week after admitting possessing the knife in a public place.

Malcolm Macleod, fiscal depute, said: “The accused was asked if he consented to being voluntarily searched. He raised his arms and said ‘search away, I have nothing on me’. A lockback knife was recovered in his sock. He was immediately cautioned and explained that it was a Swiss lockback knife and that he had it because he was trying to fix it for his cousin because it was broken. He said he was on his way to the shops.”

Marsland’s case had to be stopped and called again – after the wrong knife was brought before the sheriff’s inspection.

Court staff had retrieved a similar looking deadly blade from Marsland’s file following one of his previous convictions.

Roddy Boag, Marsland’s defence lawyer, confirmed that a spring on the knife was broken.

He said: “On the night this happened he went to his cousin’s house and there was an impromptu party and alcohol was being consumed. There were empty plastic bottles in the house and his cousin used this knife to start cutting around the bottle to make cups for the drink which was in the house and the accused had the knife as well. The knife is broken but the locking mechanism is still working.

“He told his cousin he would try and fix it and he put it down his sock and forgot it was there. He left the house with one of the girls to go to the local shop to buy more drink. It is a somewhat unusual explanation and that is what he told police.

“His lack of judgement seems to be because of drink. He cooperated fully with police and consented to them searching him, which confirms his position that he forgot it was there. He understands that a sentence is inevitable.”

Sheriff Simon Fraser said: “This is your third conviction under section 49 for possession of a knife. You just do not seem to be learning. The maximum sentence a court can inflict on you for this is four years, so bear that in mind for next time you decide to take a knife out.”

Marsland was sentenced to 18 months in prison. 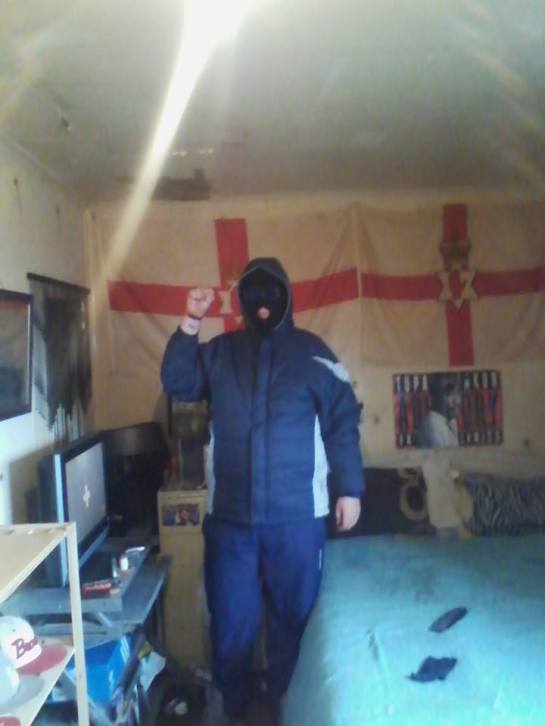