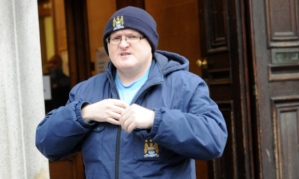 An Aberdeen man who posted a Facebook comment about burning down a mosque in the wake of Lee Rigby’s murder has been jailed.

British soldier Lee Rigby was attacked and killed in London in May.

Police had confronted Phin at his home after receiving a tip-off about the comment.

He later stated to officers that he was a member of the Scottish Defence League.

Phin admitted during a previous court appearance posting a threatening and abusive remark with religious prejudice.

Defence agent David Sutherland said: “My client accepts it was unacceptable and inexcusable.”

Sheriff Cowan said: “Justice in this country is measured and considered.

“Everyone in this country is entitled to the same freedoms and protections.

“You have abused what you think is your right to free speech to threaten the safety of innocent people in their place of worship because of your mistaken understanding of what they or their co-religionists stand for.

“Nothing other than a prison sentence is appropriate.”

Earlier this week, Michael Adebolajo was given a whole-life term and Michael Adebowale was jailed for a minimum of 45 years for Lee Rigby’s murder outside Woolwich barracks in south-east London.

They drove a car into Fusilier Rigby at 30-40mph, before dragging him into the road and attacking him with knives and attempting to decapitate him with a meat cleaver.