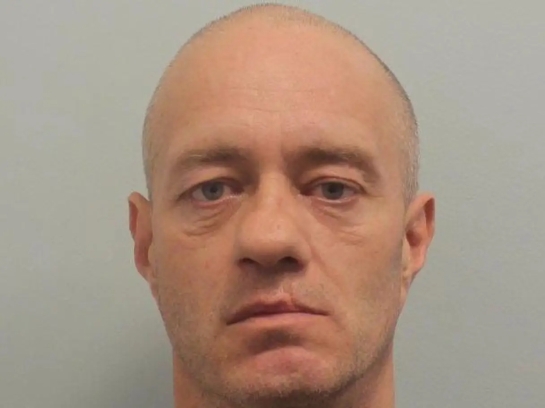 A Tommy Robinson supporter and convicted rapist has been jailed for 28 days for posting threatening and abusive comments about home secretary Sajid Javid.

The Northolt man called for the Tory politician to be “hung, drawn and quartered” if anything happened to the infamous far-right activist. He also called Mr Javid “a Muslim terrorist”.

He ended his post by saying Mr Javid should “legally get ready to die boy”.

Officers from London’s Metropolitan Police discovered the post had been sent from a phone and Facebook profile linked to Kirby after the home secretary’s office reported the threat.

The Tommy Robinson supporter was also found guilty of possession of cannabis, which breached his conditional discharge of a previous class B conviction.

Sentencing chief magistrate Emma Arbuthnot said: “The use of the word ‘boy’ was to humiliate the politician and there was clear racial and religious undertones.

“It was deliberate and hostile and this is something I take very seriously. Why should politicians and their staff work in this threatening environment? You say you didn’t mean it, it was out of character and it was idle but the trouble is that some people do put this into effect, as we have seen in the past.

“You are a loner and have no relationships and I accept it was sent on the spur of the moment.”

Kirby, who said he had been due to start a new job cleaning out wheelie bins, was fined £250 in relation to the possession of cannabis and also ordered to pay £150 in costs.

Detective Inspector Phil Grindell, from Scotland Yard’s parliamentary liaison team said: “As this investigation shows, we take all reports of crimes from MPs very seriously and we will deal robustly with incidents of harassment and abuse that are brought to our attention.

“It is not right that anyone is harassed, intimidated or obstructed because of their job, and we will fully investigate any reports of crimes against MPs or their staff and look to bring those responsible to justice.”

A RAPIST has been jailed for six years for a attack on a woman 14 years ago, after he was identified through advances in forensic technology.

Wayne Kirby, 37, of Dabbs Hill, Northholt, was arrested in October 2007 after being identified through DNA samples taken at the time of the attack.

Kirby pleaded guilty to rape on October 31 at Southwark Crown Court, and was sentenced yesterday to six years in prison.

He will also have to sign the Sex Offenders Register for life.

On May 18, 1993, the day of the attack, Kirby climbed through the window of his victim’s ground-floor hostel room in Dove House Court, Kittiwake Road, Notholt.

The victim, who was at home looking after her sick baby, had left the window open to let in some air when she went to bed, just before midnight.

She woke up a little later, fearing there was someone in her room.

Kirby then attacked and raped her, as her six-month-old baby slept in bed next to them.

Police arrested four suspects at the time, but their DNA profiles did not match any on the National DNA Database, and they were released.

DC Lana Kettel, who led the investigation for Greenwood Police, said: “I hope this case will give other potential victims the strength to come forward and report previously unreported offences to police.

“I’d like to reassure the community that the police will prosecute offenders for offences that have remained undetected for a number of years.”

In 2002 the Sapphire Cold Case Investigation Team was set up to investigate all unsolved rape allegations reported to the Met.

A Tommy Robinson supporter branded the Home Secretary a “Muslim terrorist” and threatened to have him “hung, drawn and quarter” if anything happened to the far right leader, a court heard.

“If anything happens to Tommy Robinson you will die right after.

“You will be hung, drawn and quartered by the real British people under the constitution of the Magna Carta.

The far right supporter’s threat was picked up by the home secretary’s office manager Sophie Bolsover who reported it to the police who then raided his home in Northolt, West London.

He previously pleaded guilty to sending the racially fuelled threat to the Home Secretary on June 14 last year.

He said: “Referencing to being hung, drawn and quartered under the constitution of the Magna Carta shows his ignorance and that it was a fantasy.

“It was idle and spur of the moment rather than premeditated.

“It was a silly comment during a moment of anger and he does show remorse.”

But Chief Magistrate, Emma Arbuthnot refuted this and said: “Why should politicians put up with this type of abuse?

“He might deny being a far right advocate but he obviously has extreme views.”

Kirby of Northolt, West London, was arrested on September 25 on suspicion of “sending an electronic communication namely a Facebook post which conveyed a threat for the purpose of causing distress or anxiety to the recipient.”

Kirby will be sentenced later.