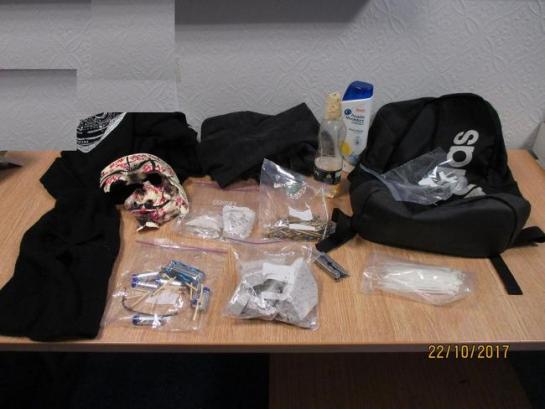 THE two schoolboys given substantial custodial sentences for plotting a Columbine-inspired attack at a school in Northallerton can be named as Thomas Wyllie and Alex Bolland.

Reporting restrictions were lifted at Leeds Crown Court after the boys were sentenced.

Wyllie was given 12 years custody, while Bolland received ten years.

The boys, who were 14 when they put together the plot, sat motionless in the dock as they were told the lengths of their sentences.

During their trial, prosecutors claimed that the pair had “hero-worshipped” Eric Harris and Dylan Klebold, the teenagers responsible for murdering 13 people at Columbine High School, Colorado, in 1999.

In the police interviews that followed their arrests in October 2017, both boys attempted to claim that the plan was nothing more than a fantasy, but in May jurors at Leeds Crown Court convicted them of conspiracy to murder.

The judge, Mrs Justice Cheema-Grubb, told the pair that their plan “was not wishful thinking or fantasy, it was a real plot”.

She said: “You are both 15-years-old and you were only 14 last year when you planned to murder teachers and pupils at your school in North Yorkshire by shooting them in a re-enactment of the Columbine massacre.

The judge added that it was a “firm plan with specific targets in mind as well as a plan to make indiscriminate explosives”.

She concluded her remarks by saying that the boys had intended to cause “terror on the scale of the school shootings that have been seen in America”.

The judge lifted the reporting restriction on naming the two teenagers after representations from the media.

Both the prosecution and the defence argued the restriction should remain on the basis that naming the boys would harm their rehabilitation.

But the judge said the need for open justice outweighed this consideration.

She said the restriction would remain banning the identification of any other witness under the age of 18 and also on naming the school involved.
Northern Echo