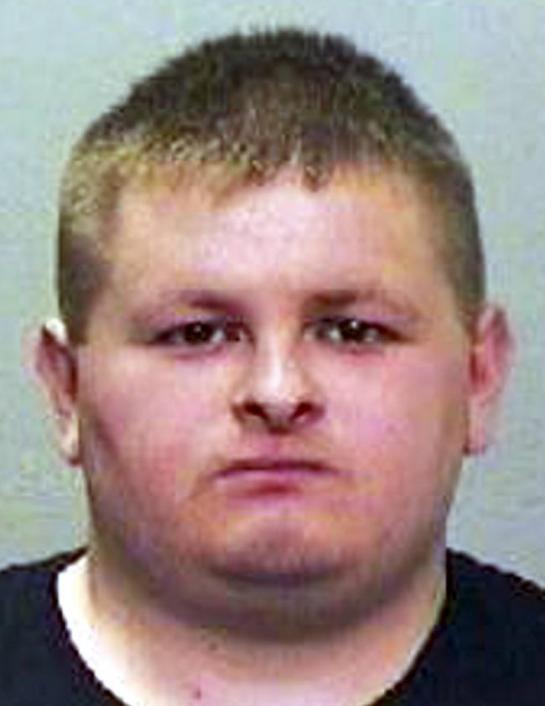 An internet troll who was jailed for making antisemitic death threats to a Jewish MP has been warned by police about his behaviour after he wrote on social media:“Really could murder someone now.”

John Nimmo, 29, from South Shields, set up a Twitter account following his release from prison on probation earlier this year.

Writing under his own name, Nimmo has posted a series of inflammatory messages, including sharing racist propaganda from the far-right British National Party.

The JC alerted Northumbria Police to his posts after Mr Nimmo yesterday wrote that he could “murder someone now”.

In a statement, police confirmed he had been warned about his conduct – but insisted the messages were not considered to be of a criminal nature.

A Northumbria Police spokesperson said: “We are aware of concerns relating to messages posted on social media and have spoken to the individual involved.

“Officers are satisfied that no criminal offences have been committed but have warned the individual about his behaviour. Anyone who has concerns can contact Northumbria Police by calling 101.”

Nimmo was jailed in February last year after admitting to nine charges relating to online threats at Newcastle Crown Court.

One of Nimmo’s messages to Luciana Berger, the Labour politician and Britain’s youngest Jewish MP, he included a picture of a large knife. It was sent three weeks after the murder of MP Jo Cox.

He had sent two emails to Ms Berger in which he said she would “get it like Jo Cox” and “watch your back, Jewish scum”.

Emails to an anti-hate crime group also included threats to blow up a mosque. He was jailed for 27 months.

Nimmo was previously jailed for eight weeks in 2014 for sending abusive messages on Twitter to feminist campaigner Caroline Criado-Perez and MP Stella Creasy.

An internet troll jailed for making death threats and threatening to blow up a mosque has been banned from contacting his victims for five years.

John Nimmo, 28, emailed Labour MP Luciana Berger calling her “Jewish scum” who would “get it like Jo Cox”.

Nimmo was jailed for 27 months last week after admitting nine offences under the Malicious Communications Act.

An order prohibits him from contacting his victims’ close relatives or using a false identity to post comments online.

Nimmo, from South Shields, South Tyneside, faces an additional five years in jail if he breaches the order.

He has also been ordered to give mobile phone, laptop and tablet passwords to police, along with details of his internet usage.

Nimmo had emailed Liverpool Wavertree MP Ms Berger, telling her to “watch your back Jewish scum”.

He also admitted sending emails to an anti-hate crime group in which he threatened to blow up a mosque.

Ms Berger has said she had been left in “huge distress” and “extremely concerned” for her safety.

Nimmo was jailed for 27 months last week after admitting nine offences under the Malicious Communications Act.

He had previously been jailed in 2014 for sending abusive tweets to MP Stella Creasy and feminist campaigner Caroline Criado-Perez.

An internet troll who made anti-Semitic death threats to a Labour MP and threatened to blow up a mosque has been jailed for 27 months.

John Nimmo, from South Shields, sent two emails to Luciana Berger, in which he said she would “get it like Jo Cox” and “watch your back Jewish scum”.

Emails to an anti-hate crime group also including threats to blow up a mosque.

One of Nimmo’s messages to Liverpool Labour MP Ms Berger included a picture of a large knife and came just three weeks after MP Jo Cox was killed, the court heard.

Nimmo was jailed in 2014 for eight weeks for sending abusive messages on Twitter to feminist campaigner Caroline Criado-Perez and MP Stella Creasy.

Ms Criado-Perez had led a campaign using social media for a female figure to appear on a Bank of England note.

John Nimmo, previously jailed for abusive messages, sent emails to Luciana Berger telling her she would ‘get it like Jo Cox’ 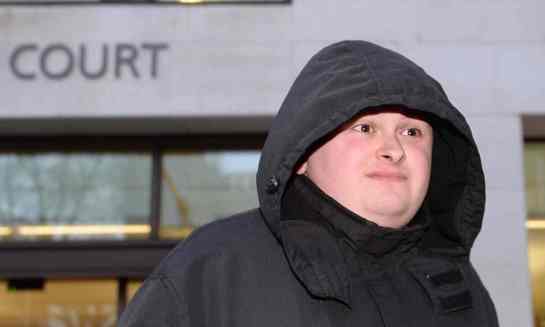 John Nimmo was told he would be sent to crown court for sentencing due to the seriousness of his crimes. Photograph: Stefan Rousseau/PA

An internet troll is facing jail for a second time after making antisemitic death threats to a Labour MP in which he told her she would “get it like Jo Cox”.

John Nimmo, 28, from South Shields, sent two emails to Luciana Berger where he told her to “watch your back Jewish scum”. The second message to the 35-year-old MP for Wavertree, who is running to become mayor of Liverpool, also included a picture of a large knife.

The messages came just three weeks after MP Jo Cox died after being shot and stabbed following a constituency meeting.

Nimmo was previously jailed in 2014 for eight weeks for sending abusive messages on Twitter to feminist campaigner Caroline Criado-Perez and MP Stella Creasy.

His first message made reference to Joshua Bonehill-Paine, who had been charged with a racially or religiously aggravated hate crime against Berger.

Sent at 7.54pm on 6 July, it said: “Justice for Joshua Bonehill-Paine will be sweet, he has friends everywhere. Watch your back Jewish scum, regards your friend the Nazi.”

He then followed it up two days later with: “You will get it like Jo Cox did, you better watch your back Jewish scum” just as Berger was leaving her office in the early evening.

South Tyneside magistrates court heard a statement from the former shadow minister for mental health in which she said it had caused her “great fear and anguish”. She said the incident had left her in a state of “huge distress” and “it caused me to feel physically sick, being threatened in such a way.

“I was extremely concerned for my safety and I felt completely under threat. I had previously received antisemitic messages and threats but the reference to Jo Cox was terrifying,” she said. “The biggest concern was not knowing who this was, for all I knew the offender could have resided next door to me.”

Glenda Beck, prosecuting, told the court that Nimmo had been on bail at the time for emailing Tell MAMA, a group that supports victims of anti-Muslim hate, saying he would burn down a mosque.

Chairman of the bench Ian Alexander told him that the seriousness of the offences meant they would send it to crown court for sentencing.

Along with Isabella Sorley, Nimmo previously pleaded guilty at Westminster magistrates court in 2014 to abusing Criado-Perez and Creasy. The abuse came after Criado-Perez led a campaign using social media for a female figure to appear on a Bank of England note. It included Nimmo telling Criado-Perez to “shut up” and made references to rape, followed by: “I will find you (smiley face)”.

Paul Kennedy, for the defence, had argued for a suspended sentence, saying “he says these things for attention”.

“He does not desire to carry out these threats,” he said. He previously admitted two charges of sending malicious communications to Berger and the case will next be heard at Newcastle crown court in August.

Nimmo was remanded in custody.