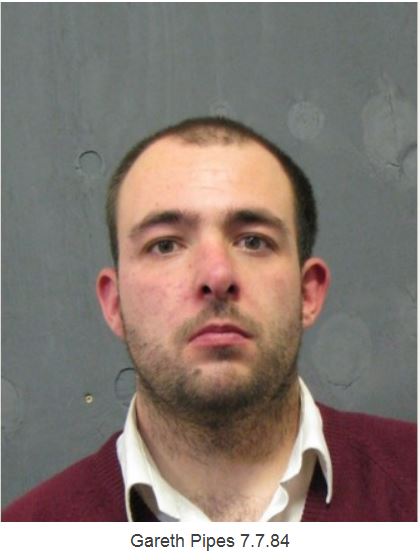 A ʻBULLYʼ who preyed on vulnerable adults in South Derbyshire and threatened them at knifepoint for cash has been jailed for eight years.

Gareth Pipes, 25, from Swadlincote, stole £1,500 in cash from one victim and attempted to steal a social security giro from another man who was subjected to a terrifying ordeal in his own home.

Pipes, of no fixed abode, attended a hearing at Derby Crown Court to admit charges of false imprisonment, blackmail, robbery and possessing a knife in public.

The court heard that Pipes coerced his first victim, from Overseal, into accompanying him to a bank in High Street, Swadlincote, on September 14 last year, threatening him with a knife and forcing him to withdraw £1,500 in cash, which he then stole. The money was never recovered.

In a second incident, on October 17, he visited the home of another man in Hartshorne, again threatening him with a knife and demanding he hand over his giro before the victim fled without handing over the cheque.

It is understood that both victims were known to the offender.

He told the Mail: “Gareth Pipes was sentenced for offences where he picked on vulnerable people and through threats of violence attempted to obtain money from them.

“He is a very dangerous man who preyed on the vulnerability of adults in the Swadlincote area. He is basically a bully.

“We were pleased with the sentence as it puts across the message that people will not be allowed to get away with committing these kinds of offences.”

A MAN who threatened police with a fake gun has been has been jailed for two-and-a-half years.

A Derbyshire police spokeswoman said Pipes was wanted on recall to prison and on February 5, he called Matlock Police Station and asked to speak to a sergeant. When he was transferred to a sergeant, he made threats to kill him.

On February 7, officers visited a house in Overdale, Matlock, while searching for Pipes.

When they entered the house, Pipes produced a gun and threatened them. The officers arrested him and seized the gun, which was later found to be fake.

Pipes, 30, of no fixed abode, pleaded guilty to both crimes and was sentenced at Derby Crown Court on Monday, March 9.
Derbyshire Telegraph