A racist thug jailed for attacking Kingston Mosque is back in prison months after being released – this time for brutally stabbing a man during a wake.

In what police described as a “deeply disturbing” act, Morris – who had played no part in the fight up to that point – was captured on CCTV leaving the Portsmouth Road pub and walking to his van in the car park.

He returned with a 7in blade and stabbed Lithuanian-born Mr Samulionis repeatedly, before leaving in his van at speed.

The victim suffered a punctured lung and has still not fully recovered from the attack. It is understood he has since returned to his home country.

On Friday at Kingston Crown Court, Morris, 22, was sentenced to six years in prison after pleading guilty to causing grievous bodily harm. He had originally been arrested on suspicion of attempted murder.

Speaking after the sentencing, detective constable Tony Holley said: “This was a deeply disturbing result to an incident that got completely out of hand.

“Not only was David Morris not involved with the argument, but he had not engaged in the fighting at all, yet he took it upon himself to calmly leave the venue, arm himself with a knife, re-enter and repeatedly stab somebody who was incapacitated on the floor.

“I believe Mr Samulionis is very lucky to have escaped without more serious injuries, although he has still not fully recovered.”

Mr Samulionis was one of six construction workers enjoying a Christmas meal at Hart’s Boatyard at the same time as the wake, which Morris was attending.

He had started a conversation with the girlfriend of another member of the wake, Liam Fernandez, who confronted Mr Samulionis.

A fight later broke out involving Mr Samulionis and colleague Mantas Zakrys, who was put in a headlock and bottled.

Morris then walked to his van and got the knife before returning to stab Mr Samulionis.

Fernandez, 27, of Carnforth Close, Epsom, pleaded guilty to affray and was handed an eight-month prison sentence, suspended for two years, at an earlier hearing.

Morris, of Elm Way, Epsom, was among three men sentenced to prison in April last year for an unprovoked attack on Kingston Mosque.

He had been part of a gang of masked men who targeted the mosque after a march in November 2010.

He received six months for racially aggravated criminal damage, after throwing rashers of bacon over the Islamic place of worship. 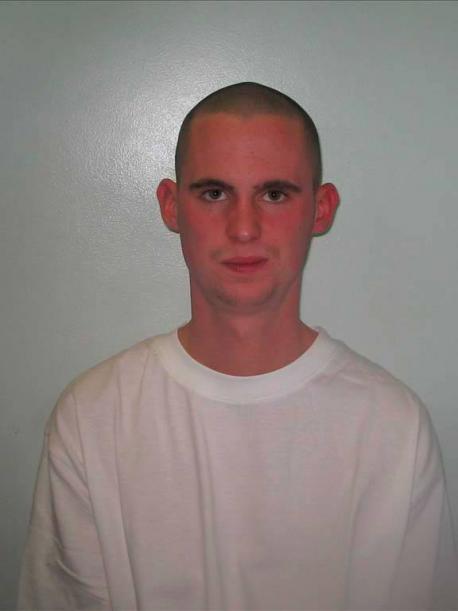 David Morris,21,bought the bacon later strewn over the mosque and caught out when he photographed co-defendant Alfie Wallace holding a stick.

Three men who joined a hooded and masked gang to attack Kingston Mosque with sticks and bottles have been jailed today.

Judge Georgina Kent overturned their pleas for leniency after hearing that all three men still denied being involved in the attack on November 21, 2010.

David Morris, 21, bought the bacon later strewn over the mosque and caught out when he photographed co-defendant Alfie Wallace holding a stick.

He was sentenced at Kingston Crown Court to six months imprisonment for racially aggravated criminal damage.

Racist Alfie Wallace, 19, was sentenced to a total of 12 months in a Young Offenders Institution for religiously aggravated criminal damage and violent disorder.

The court heard he had shouted out “I’m being arrested by a black man” in connection with another earlier offence.

Martin Pottle, 24, was sentenced to a total of 14 months in prison for religiously aggravated criminal damage and violent disorder.

He had lied to police to try and pretend he was nowhere near the mosque before admitting during the trial that he was.

CCTV from a mosque camcorder identified him as among the fleeing gang by a distinctive streak in his hair.

He was on bail for affray when he joined the attack.

Some of their acquitted former co-defendants in the trial, Paul Abley, Jordan Ellingham, Adam Khalfan and James Stacey watched from the public dock.

The court heard from Morris’ defence counsel Mr Robertson that he was polite and helpful and said it was a borderline case for prison.

Wallace’s counsel Miss Macatonia said he was only 17 when the attack took place and he had a scheme connected with the Olympics to help young people with right-wing views.

And Mr O’Toole representing Pottle said since he completed a six month prison sentence for affray he had a child with his girlfriend and wanted to turn his life around.

But delivering her verdict Judge Geraldine Kent said: “You had no legitimate reason to go to the mosque at all.

“This is not a case of a legitimate protest that spiralled out of control.

“The attack on the mosque was an unprovoked attack against innocent people inside the mosque and it frightened members of the public who should be able to go about their daily lives in a residential street without fear.”

A teenager found guilty of violent disorder following an attack on Kingston Mosque has been spared jail.

Henry Hunter, 19, was convicted last month after a gang of young men laid siege to a mosque in East Road, having previously attended a protest march against Muslim extremism, in November 2010.

But he was acquitted of racially aggravated criminal damage.

At Kingston Crown Court this morning, Hunter, from Ashford in Middlesex, was sentenced to six months at a young offenders’ institute, suspended for 12 months.

He was fined £1,000, given 250 hours of unpaid work, and handed a four month curfew order banning him from leaving his home on Saturday, Sunday and Monday nights.

Hunter was also given an exclusion order banning him from Kingston town centre for a year.

Before the sentence was passed, Hunter’s solicitor Michael Green told Recorder Roderick Fletcher that Hunter was a young man of previous good character who had not been in trouble before or after the mosque attack.

Mr Green said Hunter’s attitude had changed considerably in the two years since the attack, and he was now also holding down a job as a fork lift truck driver.

He contrasted Hunter’s police record with those of Martin Pottle and Alfie Wallace, who, along with David Morris, were all jailed for the attack in April.

Mr Green said Pottle had four previous public order offences and had been sentenced to six months in prison for affray in 2010.

Mr Green also pointed to the fact Hunter handed himself into the police voluntarily, after his picture appeared on the front page of the Surrey Comet in the wake of the convictions of Pottle, Wallace and Morris.

Mr Green said: “This is a young man who handed himself into a police station after his picture was published in the Surrey Comet on the same day.

“There are no new offences. The author of the pre-sentence report has spoken to the police and there is no suggestion he has been involved in any previous activity.”

Sentencing Hunter, Recorder Fletcher said: “You surrendered voluntarily to the police, you are currently in employment and you have a stable home environment.

“You’ve made important changes to your lifestyle and attitude in the past two years.”

“I’ve felt able to take a different course in your case to the course taken regarding Mr Pottle and Mr Wallace.

“Both were convicted of two offences – violent disorder and religiously aggravated damage to property and both had relevant previous convictions.

“In these circumstances I’ve taken what could be considered as an unusual course in relation to your sentence.”