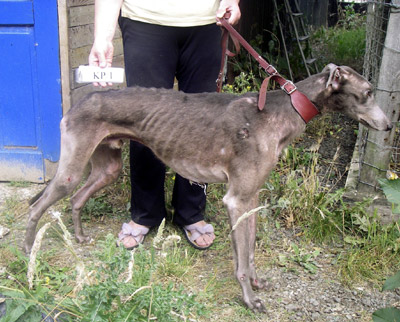 SEVEN greyhounds suffered for up to two months in “squalid conditions” without access to food and water.

The emaciated racing dogs were found by horrified RSPCA officers when they swooped on the home of mother and daughter Rose and Rebecca Hagger.

After seeing photographs of the animals – some of whom also had pressure sores and were kept in kennels with a build up of dog mess – Peterborough magistrates banned owner Rebecca (20) from keeping animals for 10 years.

Her mother Rose (51) was disqualified from keeping dogs for 10 years.

There, she found greyhounds Itchy, Ted, Tommy, George, Jack, Dixie and Jenny in the kennels, with just small scraps of paper for bedding.

They were also flea-ridden and up to six kilos underweight.

But it was the “overpowering stench” of urine and dog mess which first hit them.

Prosecuting, Robert Starr said: “They were in squalid conditions.

“Small amounts of shredded paper were being used for bedding, which was insufficient to provide comfort and there was no food or water available.

“A number of dogs had visible pressure sores and lesions all over their body and appeared emaciated.”

Six dogs were taken into the care of the RSPCA and Jack was seized by police, although the pair retained ownership of him.

The pair pleaded guilty to seven counts of animal cruelty, including causing unnecessary suffering and failing to ensure the dogs’ needs were met.

In mitigation, the court heard Rebecca had just had a baby and was thrown out of the family home by her father, who owned the dogs jointly with her.

She had been treating the animals with flea powder, but when it didn’t work, she admitted not going to seek advice from the vet.

Her mother, who didn’t own or have specialist knowledge of caring for the animals, tried to care for them after her husband’s death, but couldn’t cope.

Defending Rose Hagger, Jason Stevens said: “Her husband died and her daughter had a child. It was very difficult in that time and the dogs ended up in the state they were in.”

Addressing Rebecca, chairman of the bench Mary Morrell said: “We have seen some really appalling photos.

“You were well aware of how greyhounds should be kept. There was no access to water, which is fundamental to any animal.”

She told Rose and she was negligent rather than intentionally cruel.

Both women were ordered to pay 250 costs each.

The court ordered Jack to be taken away by the RSPCA. 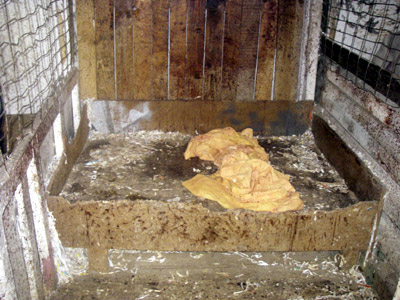 This story is from 2008 and pre-dates her involvement with the EDL but she is still subject to the banning order. 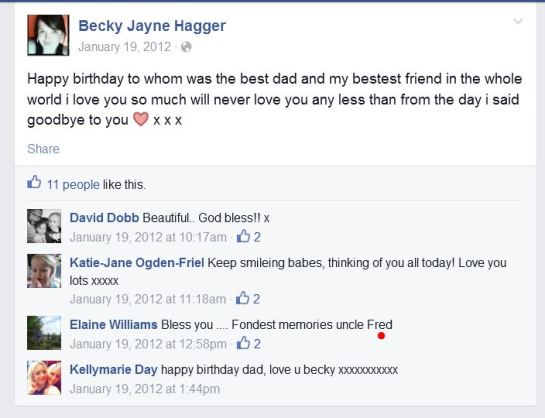 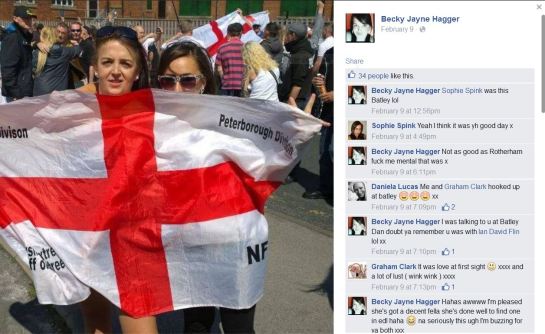