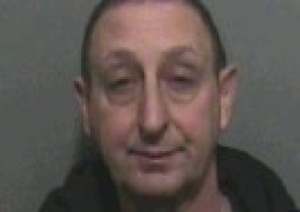 A HOTELIER at the centre of a drug syndicate is today waking up behind bars.

Steven Tyminski allowed Class A drugs to be stored in bedrooms in the Paris Hotel on Lord Street.

Police raided the 17-bedroom premises in February 2009 while there were no paying guests staying.

Two men were found in different rooms and officers recovered quantities of cocaine, Ecstasy and ketamine.

Russell Davies, prosecuting, said: “The syndicate clubbed together to buy in bulk as it was cheaper.

“There was a denial of supplying outside the syndicate.”

Tyminski was said to have committed further offences while on bail. In August of that year police stopped his car as he drove on Park Road, Blackpool.

A passenger was found to have a small bag of cocaine when stopped.

Tyminski’s home was then searched and he admitted spending between £200 and £300 a week on drugs.

Then in January last year Tyminski drove off at speed when police saw him driving in Church Street. He went on to be detained and cocaine was found under the passenger seat.

His barrister Chris Hudson said the hotel had effectively been moribund at the time.

People with similar interests would go to the premises and share drugs.

The court was told what Tyminski did was on a non profit basis.

Mr Hudson said: “My client is adamant there was no financial return to this. It was only social supply to friends and associates.

“The defendant’s employers had earlier moved him to Blackpool, by way of promotion.

“He got into the wrong circle of friends and began increasing his drug abuse. He was involved in a hedonistic and illegal lifestyle.

“He had money and contacts. He obtained the drugs which friends and associates used to enhance their desired lifestyle.”

Tyminski had admitted 10 charges relating to supplying, possession and possession with intent to supply drugs.

He was jailed for three years.

Passing sentence, Judge Christopher Cornwall told Tyminski: “My strong impression is that pretty well anyone who either shared a taste for cocaine, who wanted to be admitted to the syndicate, would be readily admitted.

“It differs from where three to four close friends club together to buy drugs for their own use.

“Cocaine is an extremely dangerous drug.”

A general assistant in the Paris Hotel also admitted one charge of possessing drugs with intent to supply and four of simple possession.

Gary Cornish, 28, of Central Drive, Blackpool, was given 12 months’ jail, suspended for eighteen months, with eighteen months’ supervision and a hundred and fifty hours of unpaid work.

His barrister said he had been a heavy drug user who dealt for around a three-week period.

He had admitted possessing cocaine with intent to supply.

He was said to have been looking after drugs for a short period, before returning them to their owner.